Academy Award winner Christian Bale is in talks to join Thor: Love and Thunder. Director Taika Waititi returning for his second movie in the Thor franchise has already made some announcement about the cast. As announced at Comic-Con: Chris Hemsworth will return as Thor, Tessa Thompson is returning as Valkyrie, and Taika Waititi is returning as Korg. The surprise of the night was when he introduced Natalie Portman who plays Jane Foster. Oddly enough he announced her to stage as Thor. This hints to some story-lines that might be explored in this new movie. Finally, a new name has been thrown into the mix of actors. To the surprise of fans everywhere is Christian Bale. The news comes from Collider and indicates that Marvel had no comments over the subject.

Thor: Love and Thunder is set to hit theaters in November 2021 and will start shooting somewhere around this summer. Meaning that we don’t much or any information about the film other than the cast. There are speculations that we might see Jane Foster become a version of Thor. Other sources speculate over the introduction of Beta Ray Bill.

Where Are We Now?

Last time we saw the God of Thunder he and the rest of the Avengers took down Thanos and his army in Avengers: Endgame. At the end of the film, it concludes with Thor making Valkyrie, Queen of Asgard. As he drifted off in the Benatar to join the Guardians of the Galaxy on some quest. No confirmation has been given that any of the Guardians will be featured in the film. But, like every other Thor movie, they would have a way to catch us up to what he has been up to.

In Thor: Ragnarok, Taika Waititi gave us an easter egg that now can be considered a clue. In the planet of Sakaar in the Grandmaster’s palace, there are some sculptures of champions he displays on the side of his building. One of them being the Hulk and another one that is spotted is Beta Ray Bill. Now it’s hard to believe that they would tease such an important character just for an easter egg. In Marvel Comics, Beta Ray Bill is a really crucial character, as he is one of the only ones worthy to lift Mjolnir.

Taika has excelled in his casting in the past choosing great actors to portray great Marvel Characters. Some examples being The Grandmaster played by Jeff Goldblum, Tessa Thompson as Valkyrie and Cate Blanchett as Hela. These characters were very crucial to the plot of Ragnarok and they delivered a great performance.

Christian Bale has shown us his chops as a superhero before as one of the greatest Batman seen on the big screen. It wouldn’t far fetch to think of him joining the Marvel Cinematic Universe. Especially a big and powerful character as Beta Ray Bill. Christian Bale is in talks to join Thor: Love and Thunder but there has really been no confirmation from Marvel, for now, this is all just speculation. 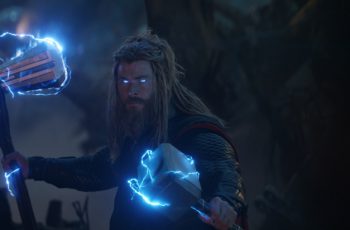 Avengers: Endgame has come and gone…well, it hasn’t “gone” per … 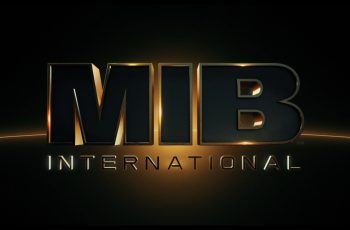 Men in Black International The trailer for Sony’s resurrection of …