Netflix is certainly all in when it comes to monsters and horror, these days. Stranger Things continues to be one of the biggest, streaming productions ever. The streaming service seems like has a hit on its hands with The Witcher, starring Henry Cavill, as well. And 2018’s Haunting of Hill House even spawned an upcoming sequel. In this exclusive to That Hashtag Show, we can now tell you that more horror is coming to a streaming device near you: Netflix has tapped IT and IT: Chapter 2 director Andrés Muschietti to helm an updated adaptation of The Howling.

Muschietti was on hand in Hollywood last night to moderate a panel with the cast of Underwater following a press screening of the film. In speaking directly with That Hashtag Show, he confirmed that he will indeed be working on the upcoming Flash movie for DC in 2020. That project will be “different version of Flashpoint than you’re expecting,” Muschietti tells us. The big news, however, is that after Flash, he teams up with Netflix for a new adaptation of The Howling. (He had previously indicated a desire to do a remake of the horror classic; he’s now confirmed that he will.)

Andrés Muschietti to helm The Howling for Netflix

The Howling was a 1977 horror novel by author Gary Brandner. In the novel, main character Karyn Beatty suffers a traumatic attack and subsequent nervous breakdown. To recuperate she heads to a sleep little town in the mountains…. Only to discover the inhabitants aren’t what they appear to be. They are, in fact, werewolves. Trapped there, Karyn seeks the help of a friend who arrives with silver bullets. They escape, burning the village down in the process.

Bradner’s novel inspired the 1981 horror movie The Howling, though it was only loosely based on the book. The movie, in fact, differed significantly from the novel in both plot points and characterizations. At this point we don’t know what direction in which Muschietti will take the story for Netflix. If we had to guess, it’s likely this iteration of the horror film will stay truer to the original source material. That’s been Netflix’s preference, as it’s stayed that course with series such as The Chilling Adventures of Sabrina and the aforementioned Witcher.

Stay tuned here to That Hashtag Show for more information on The Howling as it comes! 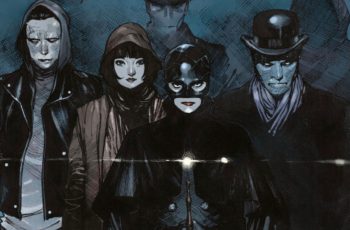 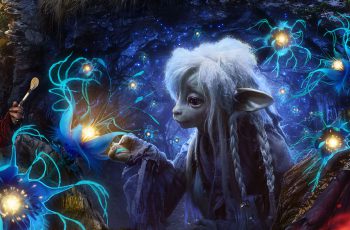 The Dark Crystal prequel series finally dropped on Netflix this …