Looking for something to melt your Frozen heart during the long wait for Spring? Then look no further then Frozen II and its array of lovable characters – new and old. Missed the No.1 Animated Feature of All Time at the cinema? Or simply want to watch the film time and time again? Then wait no longer, as the release date for home release has finally been announced!

Frozen II will be arriving on February 11th 2020 for digital fans (perfect Valentines Day viewing!) For those who prefer a physical copy, the DVD and Blu-Ray release date is set for February 25th 2020.

Bonus Features include a sing along version of the film plus exclusive content, including outtakes, deleted scenes and songs and much more!

If you loved the songs you will be happy to hear that the release will include a sing along feature. That’s if you didn’t know the words to all the songs already… (Hands up who is still singing ‘Show Yourself‘ on repeat?!) There will also be the chance to peak behind the scenes. This will include the Frozen II cast and crew talking about their experiences working on the blockbuster. Of course, a home release wouldn’t be a home release without a few Easter Eggs as well.

Show Yourself, I’m ready to learn.

If you decide to access the film digitally on the 11th February then you can look forward to two exclusive extras! These consist of an interview with the films epic songwriters Kristen Anderson – Lopez and Robert Lopez, and a chance to listen to deleted song ‘Unmeltable me.’ Interesting fact, did you know that Kristen and Robert won an Oscar for ‘Let it Go‘ in 2014?

So why not let go of the Winter blues, step into the unknown, and embrace the enchanting world of Arendelle with Frozen II this February. 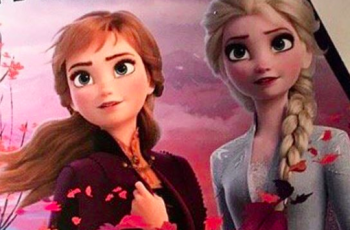 Yesterday, images surfaced on the internet of Elsa and Anna … 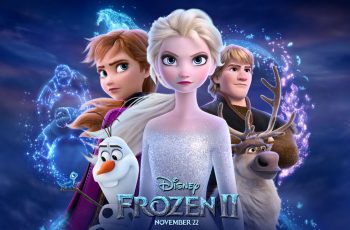 After six years we finally receive the sequel to the …