Kevin Feige is a specialist in bringing us the new best thing. After Avengers: Endgame the bar has been definitely raised. And what better way to do it than by Marvel introducing a brand new group of superheroes. We first learned of The Eternals with the announcement 2019. However, other than the cast of talented actors, we don’t have a lot of information regarding the movie coming November 6, 2020. Now, finally, some pictures of the set have been leaked giving us a little more juice into what to expect.

The first look at Marvel’s The Eternals came not from the studio but from some leaked pictures in social media. The film has been underway shooting in the United Kingdom. Some images of Richard Madden on set have been circling around Twitter. Madden is set to join the Marvel Cinematic Universe as a character named Ikaris. The actor is shown floating around in the air in the middle of a city. He seems to be wearing regular clothing… Although he is shown to be using his powers in the middle of the city.

What we know about The Eternals

We got the first look at The Eternals at D23 Expo, but what do we really know about them? They are group of new Superheroes or perhaps I should say ancient that have been living on earth in secret for thousand of years. The film will follow the events of Avengers: Endgame. An unexpected tragedy forces them to come out of the shadow and fight against one of humanity’s most ancient enemy The Deviants. Richard Madden’s Ikaris stands to feature prominently in that battle.

Stay tuned into That Hashtag Show for more latest MCU news, and for more information on this new group of heroes before the hit theaters this Fall.

Screenwriter David Callaham has been commissioned by Marvel Studios to write … 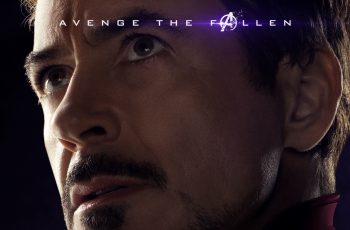 After initially deciding not to push for a campaign for …