Fans of the original Mulan will be happy to know that Disney have released the Character posters recently and we are lucky enough to be able to give you a peak of what the live action remake has in store!

When can we expect to see Mulan in Theatres?

Mulan opens in US theatres on March 27th 2020 and Disney fans are waiting with baited breath to see if they can release a movie as beloved as the original animation. Niki Caro, the director behind Whale Rider (2002) and The Zookeepers Wife (2017) has been entrusted with the task of keeping original fans happy, and subsequently enticing new fans. With the latest trailer receiving great reviews, could this Mulan remake be the adaption we have been waiting for?

“Let’s get down to Business…”

The character posters show off six of the celebrated international cast in full on warrior regalia, complete with blades. Moreover, the incredible cast includes; Yifei Liu as Mulan; Donnie Yen as Commander Tung; Jason Scott Lee as Böri Khan; Yoson An as Cheng Honghui; with Gong Li as Xianniang and Jet Li as the Emperor. And with producers such as Jason Reed (Teenage Mutant Ninja Turtles (2014,) Chris Bender(American Pie,) Jake Bender (Lost and Game of Thrones,) and Jake Weiner (Zombeavers, 2014,)  and executive producers such as Bill Kong (Crouching Tiger, Hidden Dragon, 2000,) Barrie M. Osborne (does he need any further introduction??) Tim Coddington (Crazy Rich Asians, 2018,) and Mario Iscovich (The Princess Diaries, 2001.) As a result of all this talent hopefully we can expect an action packed, emotional rollercoaster of a film!

Fans of the animation already know the story of Mulan. A clumsy, young girl who hasn’t really found her place at home or in her village, goes out to find her place in the world. With her country threatened by Northern invaders, the Emperor of China insists on a male member from each family joining the fight. Hua Mulan’s father is frail and therefore she decides to step into his place to fight. In the process she becomes one of the greatest warriors China has ever seen. Along the way she faces many tests and trials.

She is tested every step of the way and must harness her inner-strength and embrace her true potential. It is an epic journey that will transform her into an honoured warrior and earn her the respect of a grateful nation…and a proud father.

In addition, I think the images are reminiscent of the promotional character posters for The Force Awakens (2015) where we first saw Rey with a lightsabre. Hopefully this means that there will be parallels between Rey and Mulan as competent warriors and role models. I think it’s great that Disney are pursuing these films. I wish there had been more films like this around when I was younger! In short, I’m here for all these strong willed female characters.

I can’t wait to see what the final edit of the film looks like and to see the live action adaption of Mulan on the big screen. And being one of the most anticipated films this year, will it live up to the hype? Are you looking forward to the films release in March? Be sure to let us know in the comments! 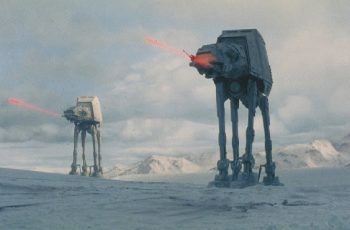 If you’re a fan of The Mandalorian, you’ve no doubt …

Power Rangers and Star Wars are two of the most …