As a kid growing up I have always had a love for Star Wars. It wasn’t just about Luke and Darth Vader to me. It was and still is about the diversity of all the characters. And of course the ones that still stick out to me the most are the Bounty Hunters. In November we were blessed with The Mandalorian and wow, it felt like being a kid again. Not only did we get a Mandalorian Bounty Hunter we also got a look at different bounty hunters and how the Guild operates. Well, this week I got to talk with one of those bounty hunters, actor Dominic Pace. Pace, plays the role of Gekko the bounty hunter in episodes 1 and 3 of The Mandalorian.

Dominic Pace began studying acting out of high school back in 1993. It was after starring in his High School theater production of Grease he really found his passion for acting. It was also the adrenaline rush and the support that he would receive that kept him going.

“I have had a lot of great opportunities in my acting career. I have over hundred shows under my belt.” They include Deputy, Agents of Shield, NYPD Blue, Superstore and his favorite The Mandalorian. You can check out his IMDb page by clicking here.

Dominic Pace has been a Star Wars fan his whole life and it was a dream come true for him to play the role of Gekko in The Mandalorian. “I was nervous and excited that first week of filming. When you have done this long enough you see a lot scenes get cut.” Pace went on to add. “I really wanted the world to get a good look at Gekko and when The Mandalorian was release it was a dream come true, as I saw the the shots of Gekko featured in the episodes. I hope that other fans someday can get the same opportunity as me”

Becoming the Bounty Hunter Gekko was no easy task. First off, just makeup alone would take hours. “The costume was uncomfortable, but the best part I was able to choose my own blaster. The blaster that I had was a design that came from Rogue One.” Pace also would go on to say he really wanted this character to been seen and that the mask he wore really gave Gekko that Star Wars feeling. But he was worried that he was going to miss his shot for Episode 1 because they couldn’t find his mask.

“They were placing the characters around the cantina when Greef Karga interacts with the Mandalorian for the first time, and I didn’t think I would make it because of me not having my mask. Well the makeup was so extensive that they still could use me for those shots.”

What was it like on the set of The Mandalorian?

“Again it was a dream come true. I was like oh my god I’m in a Star Wars cantina. This was my first play set as a kid. And to add to that who was there on day one? It was the legend George Lucas. So, with Lucas, Dave Filoni, and Jon Favereau there on the set, as a fan words can’t describe the feeling.”

Pace also talked about what is was like facing off against Mando and the Mandalorians:

“It was unreal, the first thing that came to my mind was when I was 5 to 10 years old and I would put the blasters in the hands of my Star Wars figures and pose them. But now instead of my toys it was me with the blaster facing off against these characters, also in my head I wasn’t fighting Mando I was fighting Boba Fett. And then to top that off being on set with Carl Weathers is just beyond words. Then when I felt the camera on me that’s when I knew I was going to be a part of Star Wars forever.”

Head over to page 2 to see what Dominic Pace had to say about Baby Yoda and what is next for the bounty hunter Gekko. 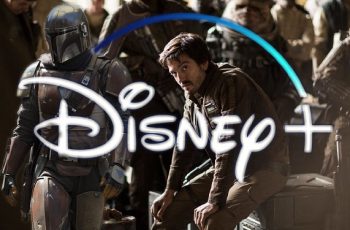 Star Wars Celebration will take place a little over a … 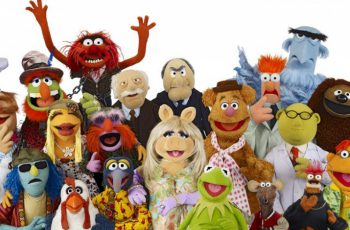 Disney+ is set to release later this year, and there …