The books that accompany Star Wars movies often provide a great deal of insight we might not otherwise get when it comes to the film itself. (And sadly, yes, there are those that complain that “a movie isn’t that good if you need a book to explain it.” If you fall into that category I challenge you to squeeze an entire Star Wars tale into two hours.) This time, the Rise of Skywalker novelization is no exception. Even just an excerpt from the opening scenes gives us detail we’d not gotten from Episode IX in the theaters.

The excerpt of the Rise of Skywalker novelization comes courtesy of starwars.com. It begins with the opening scene of the film. Confirming that Kylo Ren was indeed on Mustafar, the excerpt tells us so much more as well. Remember the Trevorrow script and the creature he calls the “Oracle”? It appears in the book to guide Kylo Ren to the wayfinder, and Palpatine.

A giant emerged, a hairless creature sheening with wetness, bits of lake detritus clinging to its pasty skin. Its eyes were squeezed shut, but it could still see after a fashion, because draped over its massive bald head and across one shoulder was a second creature with long spidery tentacles. The two were locked in symbiosis. Kylo sensed the giant’s pain, as though it were a slave to the spidery being that clung to it. Yet neither could it survive alone.”

That creature, Trevorrow’s Oracle, we now know to be the Eye of Webbish Bog. Not only does it point Kylo Ren to Palpatine; it foreshadows Ren’s return to the light as Ben Solo:

I must warn you, our fiery planet burns away deception. If you proceed down this path, you will encounter your true self.”

The Rise of Skywalker novelization also confirms the text of the mysterious message Palpatine sent out to the galaxy. (Although, admittedly, Lucasfilm released it previously in a cross-over event with the video game Fortnite.) You can hear it in the Emperor’s voice here:

Someone was out there, claiming to be the Emperor himself, and Kylo could already sense ripples of doubt in the First Order. After all he’d done, after all he’d sacrificed to become Supreme Leader . . . who would dare to challenge him now?”

The Rise of Skywalker novelization doesn’t arrive until March 17, 2020. It is, however, is already available for pre-order. 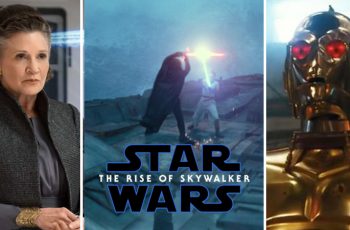 NO SPOILERS IN ARTICLE. LINK IS BELOW. This is to … 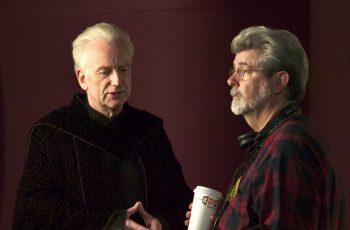 The return of Palpatine was always part of the plan. …