Seeing as Hollywood’s remake phase is still in full swing, it’s light is shining on the John Carpenter classic from 1981. In the hands of Saw and Insidious creator Leigh Whannell, it looks like it could have some promise. After all, we’ll still have the classic Carpenter movie even when this remake gets made. The whole crux of this remake is going to be the characters though. You could have made Escape From New York with any old action star, but it took charisma and scene-eating talent from Kurt Russell. The best part about this remake is that John Carpenter is attached as an executive producer. That normally doesn’t mean much, but Carpenter hasn’t been attached to some of the remakes of his films (The bland, The Thing remake/prequel famously).

It wasn’t just Kurt Russell that made the film memorable though. It took an insane ensemble cast to come together. The reasons why Escape From New York worked so well are the reasons why Escape From LA didn’t. It wasn’t bloated and filled with huge set-pieces that took massive amounts of money and time to construct. The genius of the original film is in its simplicity. The plot is simple, the premise is simple, and it’s easy to understand and root for our main character. John Carpenter is a master of the simple qualities of film-making that work. Not to say that some of his films aren’t simple in their production, The Thing comes to mind with it’s insane special effects.

The film just works on a human level. So to cast for this upcoming remake, that means you need to have actors and actresses that work in the confines of that simple story. Snake Plissken at his core is an anti-hero that wants to be left alone. Escape From LA took this premise to a huge extent at the end of that film, but it’s perfect for the ending of Escape from New York. So without waxing on about the original film anymore, let’s get to the casting choices.

Call this one cheating if you want, but you try to find someone who can match up with Kurt Russell in Escape from New York. I did one better, I’m casting his son, Wyatt Russell. You might have seen Wyatt Russell in Overlord or Everybody Wants Some. To say that he’s got that same look as his father, is an understatement. He definitely inherited the acting magic from both of his parents, Kurt and Goldie Hawn.

Like the original film, you don’t want some bulked up monster playing Snake Plissken. That’s not who the character is. Sure, he has to kick some ass now and then, but he’s not doing the mission to kick ass. He’s there to get in, save the president, and get the hell out. If there’s one casting from this entire list that I hope is 100% true, it’s this one. Leigh Whannell, the writer for the upcoming remake, even says that Wyatt Russell would be his choice.

What a better way to get fans to warm up to the idea of a remake of the original film, than to include the man who was behind Snake Plissken. Now it looks pretty lazy from the outside of just going “hurr, cast his son and cast him”. I know. Hear me out. The casting of Lee Van Cleef as Hauk was a masterstroke by Carpenter and crew. It was a recognizable face behind an antagonistic/helpful force in the film. Russell needed someone to bounce his smart-ass attitude off. Van Cleef was the perfect foil to that. After all, he’s shared the screen with tons of macho, badass actors, and lived to tell the tale.

Kurt Russell would be the perfect foil to his son in the role of Snake Plissken. It would provide the film with legitimacy. Hauk needs to be an equally strong, if not stronger force of pressure on Snake’s character throughout any remake of the film. If Russell didn’t want to do it, I’d try to go for someone like Sam Elliott, William Sadler, Stephen Lang, Bryan Cranston, or Woody Harrelson. The actor playing Hauk needs to be someone physically intimidating, but gristled.

The last time we had John Goodman portraying a fan-favorite character in a remake/sequel was in Blues Brothers 2000. Hopefully Escape From New York isn’t that bad, spoiler alert, BB2000 is atrocious. John Goodman fits the same mold that Ernest Borgnine fit as the original Cabbie. He needs to be shifty, funny, and somewhat charming. He’s the guide for Snake after all his technology gets messed up. Goodman has played many characters throughout his career like this. He brings a legitimacy to the role and of course he’s known as “America’s Funny Uncle”. That’s kind of the route I think they would take with the remake.

He’s out for himself at certain points, but he is in awe of the story of Snake Plissken. There’s a danger to making this character into an outright comedic one. Casting someone like Jack Black or Josh Gad as the character would take away the experience and life journey that someone like Goodman could bring to the character that’s been toiling away in his Cab on the island of New York.

Now if you just read about why I warned them of casting a comedic actor in the role of Cabbie, you’re probably wondering why I’m casting Danny McBride as Brain. Brain needs to be almost as much, if not more, of a smart-ass than Snake. His name is Brain after all. He needs to exude confidence. Who better to do that, and get a little bit of comedy into the part, than Danny McBride. He’s got confidence in spades. He’s younger than Harry Dean Stanton was when the original Escape From New York came out, but he fits the part pretty well.

We also want to remember that when doing a remake of the film, we don’t want to simply redo the entire original film. Otherwise you get something unnecessary like the Gus Van Sant remake of Psycho. It was a well shot film, but it didn’t change anything or add to the story of it. A remake needs to take the original story and update it for modern audiences. It has to put Snake Plissken in the 21st century. It’s not likely, but we could see New York being turned into a maximum security prison in our day. Just like John Carpenter could see that coming in the 80’s. McBride fits in with Brain. Another perfect fit for Brain could be Marc Maron. He has the same level of smart-ass in him that fits Brain.

Winston Duke as The Duke Of New York

The more I do this list, the more things seem coincidental. We’re having someone with the last name play The Duke of New York, A Number One. For the Duke, you need someone who demands respect and attention with just his look. Looking at Winston Duke’s character of M’Baku from Black Panther, he fits this perfectly. The Duke is a man of little words, but his actions speak louder than anything. It takes a mountain of a man to take over a New York prison island after all.

He demands respect and loyalty from all that he lords over. Winston Duke would be the perfect successor to Issac Hayes version from the original Escape From New York. If Winston Duke wouldn’t work out, you could go a varying amount of ways with this casting. The ideal candidate would be physically and mentally imposing though. The Duke controls legions of hardened criminals. He can’t be a puny kind of guy that has a big mouth. You also could go the route of changing the gender of the Duke of New York and make it the Duchess of New York. That could also lead to some interesting possibilities.

This one might be a mystery to people who haven’t seen Netflix’s GLOW. Adrienne Barbeau’s performance was hugely ahead of it’s time. People don’t give her enough credit for that character and what it did to show just how kick-ass women could be at a time that they were marginalized in action films. Maggie has to be smart and cunning. If Brain is the smartest guy on the island, the girl that tames him has to be smarter. She can’t be a know-it-all type though. The smarts and ingenuity have to be hidden under the surface. Shakira Barrera’s performance in GLOW gives off these vibes and then some.

Maggie is a small character that has a huge impact in the film. If Barrera isn’t available, you could go along the route of a more experienced action star like Betty Gilpin (Also from GLOW), Vanessa Kirby, or Zoe Saldana. I’d prefer if this part was played by a relative unknown that’s allowed to shine off the huge personalities of the other members of the cast though.

Richard Dreyfuss as The President

Like Donald Pleasence before him, this role needs to be a home-run. After all, it’s who our main character of Snake is looking for the entire time. Richard Dreyfuss is arguably one of the original box-office superstars with Jaws and Close Encounters of the Third Kind. He has the calm demeanor needed for the part but can explode at any minute just like the original’s President. This is the one part that needs to be a callback to Hollywood of old. Sure, having Kurt Russell as Hauk is a hell of a callback. It needs to hammer home about having a classic actor though. Donald Pleasence was in The Great Escape. Dreyfuss was in Jaws. You can’t get more classic than that.

If you can’t get Dreyfuss, it gets a little murkier. You don’t want someone who has been cast as a President before or typecast into that role. You want someone who is a bit off the wall and has a history of being an asskicker or an action star. It’s a difficult task to find someone that fits that while also being mild-mannered.

I’m normally very against remaking the great films of the past. It’s much better when people like Marvel find ways to include their own ideas into movies of the past (Captain America and the Winter Soldier being The Manchurian Candidate with superheroes). The upcoming remake of Escape From New York has me excited though. Obviously the cast for the film will likely be much different than the one I’ve presented here, but it’s a fun exercise to cast your own remake of a classic film. Do you agree with my cast? Let me know in the comments or on Facebook.

For more on Escape From New York, or any other general pop culture, check back to That Hashtag Show. 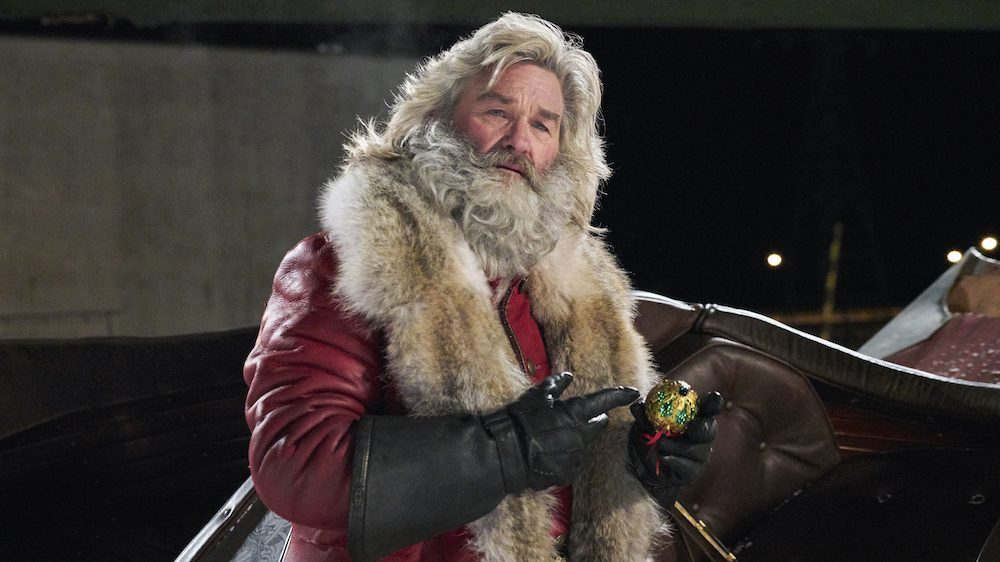 Every year we get a new crop of Christmas movies …

Ennio Morricone passed away today, July 6th, at the age …