The architect behind the massive expansion of Disney over the past 15 years is stepping down. Bob Iger is stepping down as CEO of Disney, effective immediately. Iger has spent his entire career at the House of Mouse. His last legacy will be Disney Plus. The streaming service that exploded onto the scene last year.

His successor as CEO will be Bob Chapek. He was previously the Head of Parks for Disney. Iger won’t be gone immediately though, he’s going to stay as the Chairman of the Walt Disney Company until the end of the year. In a statement, Iger said: “With the successful launch of Disney’s direct-to-consumer businesses and the integration of 21st Century Fox well under way, I believe this is the optimal time to transition to a new CEO”.

Iger oversaw massive expansion for the company during his tenure. Disney acquired Pixar, Marvel, Lucasfilm, 21st Century Fox, and many more other companies and brands while he was running the ship. While those acquisitions are monumental, his greatest achievement might be Disney Plus. The streaming platform in addition to Hulu and ESPN+ have a combined total of 28.6 million subscribers in under three months of operation.

Who Is Bob Chapek And Can He Live Up To Bob Iger’s Shadow?

Bob Chapek has been with Disney for 27 years. He knows a thing or two about the operations and qualifications at Disney. It sounds like Iger will still be hands on in the operations of the company for the next 22 months. So people that are worried about some dip in quality can be assuaged. This upheaval remains to be seen whether it’s simply Iger retiring from being the boss of the most powerful media company in the world, or something else.

This doesn’t look like it’s going to change much in the present day for Disney though. Chapek gets the opportunity of a lifetime as the CEO. Iger gets to stick around.

For more on this story, or any other Disney related content, make sure to check back to That Hashtag Show.

The Japan Pavillion in Epcot is currently home to two restaurants:  Tokyo … 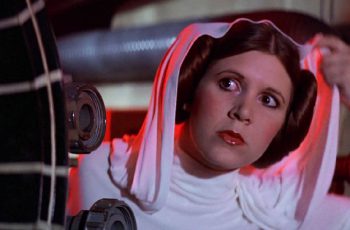 Disney is apparently pulling out all the stops when it …