The team over at the Star Wars Comics YouTube channel have put together some great videos on the latest canon coming from the various Star Wars comic series. Hit play on the video above and let us know what you think! May the Force be with you.

From Star Wars Comics YouTube:
The battle of Endor would prove to very difficult for an older Captain Rex that possibly would have known the real identity of his former General Anakin Skywalker to now be Darth Vader. 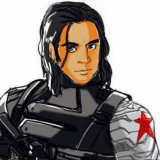