It’s been a long time since Buffy & Co. got to slaying vampires. In fact it’s been almost seventeen years since Sarah Michelle Geller graced our screens as the teenage vampire hunter. There has been a slew of vampire features since, including the much-maligned Twilight series and the incredibly popular Castlevania series on Netflix. In this exclusive report however, we can provide you details about a new vampire slayer feature likely beginning production later this year.

The new vampire slayer film, tentatively titled Crave, will come to us from Imagination Worldwide (IWW). IWW is a independent, Los Angeles-based film studio that describes itself as:

[A]n international film sales and distribution company based in Los Angeles. Our goal is to help bring gender parity to the entertainment landscape through developing, producing and distributing motion pictures that are visually engaging and feature compelling, female-driven narratives.”

Here is the official story line:

A female Vampire Hunter teams up with a young Asian American man to avenge the death of his father at the hands of a motorcycle gang of Vampires called the Death Riders.”

From the character description below, we know her name to be Wynona. Further, we know that the new vampire slayer flick is currently seeking its male lead:

[KAN CHIU] (17) Male, Asian, Kan is a comic book enthusiast. He is not the most muscular guy, kind of has a follower mentality. [Kan] wears glasses… Reads and creates comic books. He is the kind of person that you would see at a Comic-Con and is very detailed about all he creates in his world. He meets Wynona in the worst way possible as he watches his father be killed by the renegade Death Rider vampires. Unsure of who Wynona is, he eventually trusts her, from afar. Kan begins to create the comic of her and her mission to eliminate the Death Riders.

IWW hasn’t officially listed the synopsis and characters on its website. However, the website shows the image above next to Crave in its “In Development” category. (Perhaps the photo relates to one of Kan’s comic books? We’ll see.)

Stay tuned here to That Hashtag Show for all your news on this upcoming vampire slayer film and, of course,  everything trending in geek pop culture.

It has been reported that Netflix is developing a sequel … 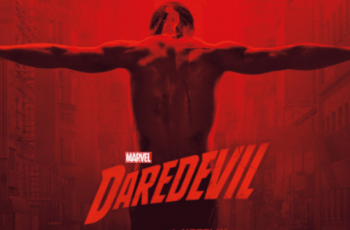 In 6 months the rights to Daredevil revert lock, stock …