The real question you might have to ask yourself this upcoming fall season is, PS5 or Xbox Series X? The Series X showed off it’s specs a couple days ago. Sony was lagging behind, and fanboys for them were getting worried. That all changed today when Sony finally dropped what the PS5 is capable of. So let’s take a look at what both these consoles have packed in. Both don’t have solid release dates, but we’re looking at Holiday 2020 for both. Most likely a November release for both to capitalize on the Holiday shopping season.

Word of warning, I’m by no means a huge tech guy, so if you tell me what a terraflop is, I’ll think it’s a Jiggawatt. Some of the specs are pretty self-explanatory though. Let’s dig in.

The Same For Each: Series X and PS5

They both will have 4K UHD Blu-ray drives, similar to their siblings, the Xbox One X and PS4 Pro. Both consoles will come packed with 16GB GDDR6 RAM. Finally they’ll both be capable of 8K out of the box.

As for the similarities right now, that’s it. They’ll both be high-quality “next-gen” machines capable of graphics we haven’t seen yet. The tech specs for both are impressive. This isn’t like a Playstation 2 vs. OG Xbox debate here. Xbox smoked their competition in specs in that generation. These two consoles are going to be very powerful.

The Important Specs That I Have Little Clue About

As for the CPU and GPU’s of the consoles, the CPU are pretty similar. The Xbox Series X runs at 3.8GHz. PS5 is at 3.5GHz. So pretty similar but still a difference. Where the difference lies is the custom GPU’s in both consoles. So you probably won’t be able to get these exact cards for your PC at home, because they’re custom for these consoles. The PS5 is packing a custom AMD Radeon RDNA Navi 10.28 Teraflops, 36 CUs at 2.23GHz – (Supports Ray Tracing and 3D Audio via Tempest Engine). Xbox Series X is holding a custom AMD Radeon RNDA Navi 12 Teraflops – (Supports DirectX Ray Tracing).

The parts that I can quantify about these two consoles is in storage out of the box and backwards compatibility. Both have solid state drives included that should make for faster loading. The Xbox beats out PS5 in this department. Sony comes with an 825 GB drive. This custom drive has that arbitrary number because it’s designed for speed of loading up games and apps.

Xbox has 1TB. The Xbox Series X is touting that it can play Xbox, Xbox 360, Xbox One, and of course Series X games out of the box. While Sony is only guaranteeing that the top 100 PS4 games will be able to play on the console out of the box.

I’m a huge fan of backwards compatibility. Not only because it allows for people to enjoy those games that they had from previous generations; but in special cases, those games are upconverted like the OG Xbox on Xbox One X. In other cases, it’s a pain in the ass to hook up those older systems to one TV unless you have some serious work with AV splitters or HDMI splitters.

We know what the Xbox Series X controller is going to look like. In my opinion, the Xbox One controller is the pinnacle of console gaming. So thankfully, Microsoft chose not to tinker with it too much. As for the PS5’s console or controller, we haven’t gotten much about it. Other than some leaks that could or couldn’t be legit, it’s been bare.

For now this is all we have to work with, but it’s looking like these two behemoths will be mighty powerful. The next generation of gaming is certainly promising.

For more on the Playstation 5, Xbox Series X, or any other gaming news, check back to That Hashtag Show.

AbleGamers Foundation — the leading charity organization using the power of … 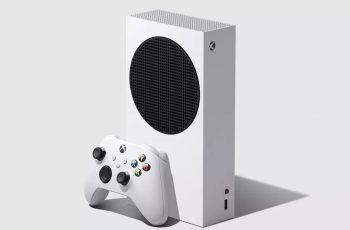 UPDATE: Microsoft confirmed the price and specs of the new …