What Does Iron Maiden Mean To You? 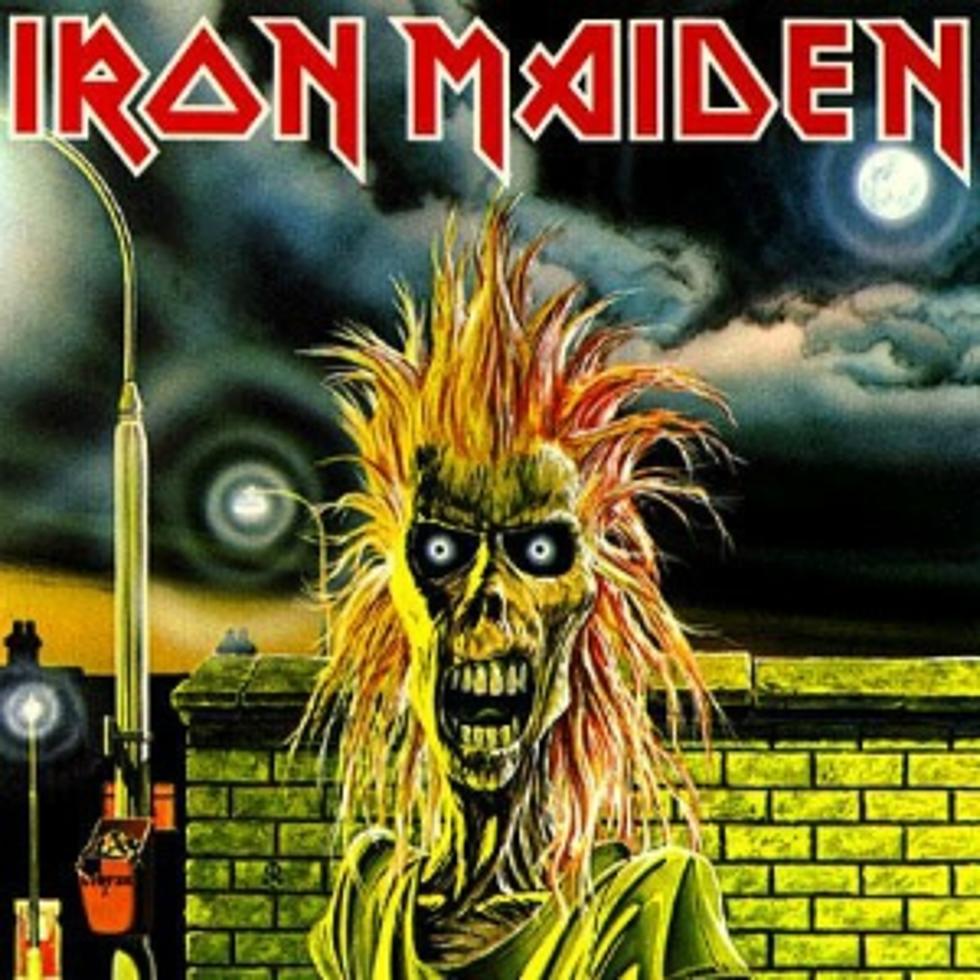 The greatest heavy metal band in history. One of the most influential artists in their field. If you ask anyone who plays with two guitars in their band, where did they get the idea from, it’s most likely Iron Maiden. (But probably also Thin Lizzy, Judas Priest, Scorpions, or Mercyful Fate). I’ve written extensively for That Hashtag Show about Iron Maiden already. If you weren’t tired of reading about six guys from England and a zombified God-like being named Eddie, then I guess you never will be. I went through their entire discography and reviewed their live show in Los Angeles last year in a piece called Iron Maiden-A-Thon.

Iron Maiden are my favorite band across the land. It might be KISS for some of you out there, but KISS isn’t celebrating their 40th anniversary for their debut album. Iron Maiden are. Yes, it’s true, the 1980, self-titled debut album for Iron Maiden came out forty years ago today. Combining the sound of punk (although Steve Harris will deny this), prog rock, heavy metal, and melodic stylings all into a tight 35 minute package. The album that started it all for Maiden and Eddie is still one that I hold near and dear. “Phantom of the Opera” remains one of their best tracks ever, in addition to the other classics on this record.

This album would be a key part of heavy metal history even if the band hadn’t gone on to Bruce Dickinson, time-traveling Eddie cyborgs, and world tours that stretched the continents. People might be looking at Iron Maiden like Guns N’ Roses with a two album (yes, Use Your Illusion is one album, get over it) peak. That bleak future isn’t true at all and Iron Maiden has the six and a half-album peak.

What do I mean by this? This is going to upset you, but Killers isn’t that great. I love the album. I love the album art, but the album has some real stinkers. You can look at the Iron Maiden-A-Thon rankings to see where I put it, but it’s seen as this massive landmark album. When it really isn’t. So you can go back to that core 6.5 albums of: Iron Maiden, Killers, Number of the Beast, Piece of Mind, Powerslave, Somewhere In Time, and Seventh Son of a Seventh Son. If someone can show me seven albums that another band made that are that good, in a row, I’ll blow you.

The Real Question About Iron Maiden

It’s a hard exercise to accurately and succinctly describe what something that’s been in your life for this long, means to you. It’s sort of a tangible/intangible thing. I can describe what my Mom means to me, or what one of my Chihuahuas means to me. But with Iron Maiden it’s a whole different story. I can start from the beginning. Everyone starts the same with Iron Maiden. If you jumped right in on Seventh Son of a Seventh Son, then good for you. Most people start with one of the big three singles, “Number of the Beast”, “The Trooper”, or “Run To The Hills”.

I started in a similar way. Like AC/DC, those songs are the gateway into rock, hard rock, and heavy metal. It’s the Iron Maiden 101 that gets your foot in the door. Once you’re in, you never leave. Which is also why, I never fault people when they tell me those are their favorite Iron Maiden songs. It’s the stuff that got you in on the greatest band in all the land. My favorite song changes by the day, by my mood, what coffee creamer I put in the mug that day, in addition to other rigorous qualifications. Usually it’s “Stranger In A Strange Land” or “Moonchild” though.

If I can distill it down to a single moment though. It’s not my first Iron Maiden concert. That show, on the Somewhere Back In Time World Tour in 2008 was not it. It was the moments in the days after, the weeks after, the months, the years even. I famously bought half their discography from Amoeba Music in Hollywood, CA after I saw them for the first time. After seeing this elaborate Egyptian/Blade Runner inspired stage show complete with one of the best Iron Maiden setlists of all time, I bought, Killers, Number of the Beast, Powerslave, No Prayer for the Dying, Piece of Mind, Seventh Son of a Seventh Son, and Live After Death. What gave me this order? Whatever new copies they had in stock.

So after all this, I popped the CD’s into my laptop to put them on my iPod. I fired up the first record in the queue, which happened to be Killers. I thought I bought the wrong band’s CD. Could there have been two Iron Maidens? This singer sounded nothing like the other one that I saw. The production was different, the only thing that sounded similar was the guitars and drums. I grabbed the CD case and looked at the back. I grabbed another CD and looked at the back. There were some different dudes on either one, but some of them were similar. After some quick Wikipedia deep diving, I found out that Iron Maiden had three singers on records.

It took me a long time after that to fully complete the physical collection of all their albums. I went through phases. Those phases culminated in finally listening to the Blaze Bayley albums, The X-Factor and Virtual XI. My thoughts on these albums are accurately described in my pieces on them from Iron Maiden-A-Thon and my review of the bonus tracks from The X-Factor. I loved them.

To share almost half my life with Iron Maiden is a treat. To go through highs and lows of life with a titantic entity like Maiden is fantastic.

You might be asking yourself, what does that last sentence mean. To be completely honest, I don’t fully know what it means either. What is Iron Maiden? Is it the thundering bass of Steve Harris? The twin/triple guitar attack of Gers, Murray, and Smith? Bruce Dickinson’s air-raid vocals? Nicko McBrain’s virtuoso drums? Derek Riggs artwork of a zombie-teenager, time traveling, sometimes tree, sometimes soldier, pharaoh? It might be all of those things. It might be the over thirty t-shirts that I own with their bands name on it. Finally, it could be the various Eddie figures around my room and my house that I worship like a deity. I give them out to my family when they go off to far places, so that the magic of Eddie can protect them. I mean, who else would better be able to stop danger than Eddie? No one.

Iron Maiden is more than a band, they’re more than a pioneer of heavy metal. They’re a religion at this point. Long after they’re gone and retired, and Bruce Dickinson’s air-raid voice is silenced, they’ll still be there for people. They’ll still be there with The X-Factor for that night alone, where you just want to curl up and die. Iron Maiden will still be there with “Afraid To Shoot Strangers” blasting while that crazy girl yells at you over Facebook Messenger and you’re just air-guitaring and wailing along with Bruce and the boys. In that dark time, Iron Maiden will be a light guiding your way through a first girlfriend doing some heinous shit. They’ll be the reason why your bank account went from $400 to $15 when you were young.

More Metal In Image, Than In Practice

The idea of a heavy metal band bringing out an animatronic, remote controlled, or just a guy in a suit’ed mascot and hearing 50,000 people all screaming in unison for it, doesn’t sound like heavy metal at all. I’ve heard some people describe Iron Maiden as less metal than their image. Sure, when you have an album cover with your mascot controlling Satan in Hell, you’re gonna look pretty hardcore.

I could go on about personal stories of my relationship with Iron Maiden. I’ve seen the band six times now (Somewhere Back In Time World Tour, The Final Frontier World Tour Part 1, Maiden England/Battle of San Bernardino, The Book of Souls World Tour X2, and Legacy of the Beast World Tour). I have stories about all of these concerts. Each one holding a special place in my heart, even though my favorite was Maiden England. Any chance I get to see them, I will. Until they, or I leave this Earth.

I’ll send you off with one of my favorite stories about my time with Iron Maiden. It was early on, but in high school, there are just some of those people who are “that X guy”. X being a variable here, so you can have the “that Street Fighter guy” or the “that karate guy”. I was the Iron Maiden guy. There was a notorious asshole in my grade at the time who happened to go to the Iron Maiden concert with me in 2008. A bunch of people of varying social 8th grade statuses went to this concert. It was a motley crew to say the least. Most of these people would grow out of the heavy metal phase of their life, but yours truly would stay true.

So this asshole, let’s call him James and say he’s related distantly to the guy who wrote the Monroe Doctrine, he wears his Iron Maiden shirt one day, and this guy knows nothing about Maiden and is a prick. So I take it upon myself to call him out in front of the metal guys. “Hey, asshole, what single is your shirt from?” He was wearing an “Aces High” shirt. “Is that the ‘Aces High’ single art or ‘Tailgunner'”? I asked with my mid-pubescent higher pitched voice. The guy froze, and then I informed him, “That’s an ‘Aces High’ shirt you poser”. I felt super cool, people laughed, and the dude went on to wear boat shoes and a suit jacket around town in his later years.

Iron Maiden means the world to me, and I’m never going to stop listening, air-guitaring, headbanging, buying shirts with Eddie on them, and loving them. I hope you enjoyed this look into why I love Iron Maiden. Defend the heavy metal faith. Up the Irons. Most importantly, love what you love, unconditionally. I’ll leave you with the most fun looking concert footage from Iron Maiden’s headline show at Castle Donington in 1992. Take one look at that video and tell me that Iron Maiden isn’t the most fun band on Earth. That’s it from me, Eddie, and the boys of Iron Maiden.

Daft Punk Have Broken Up 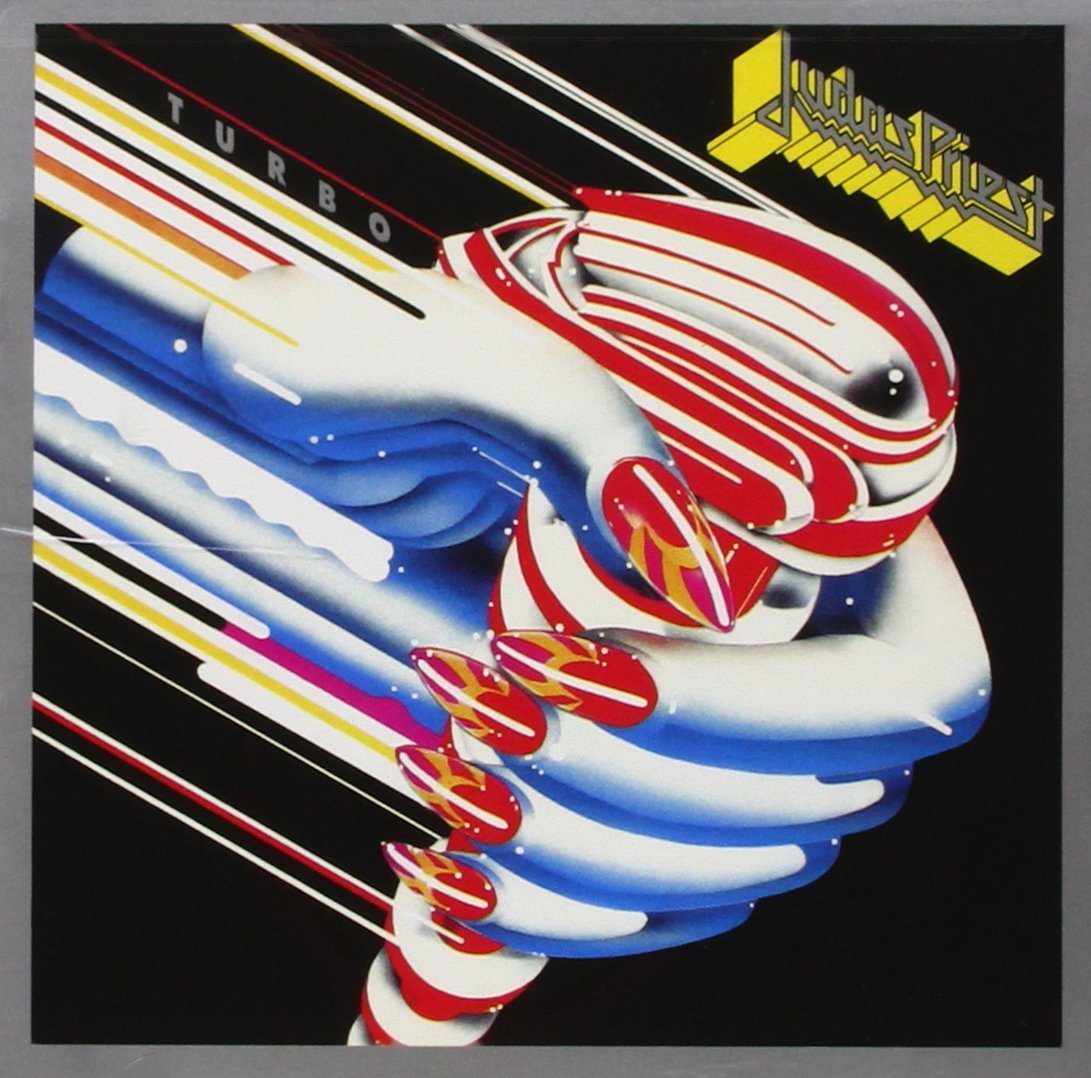 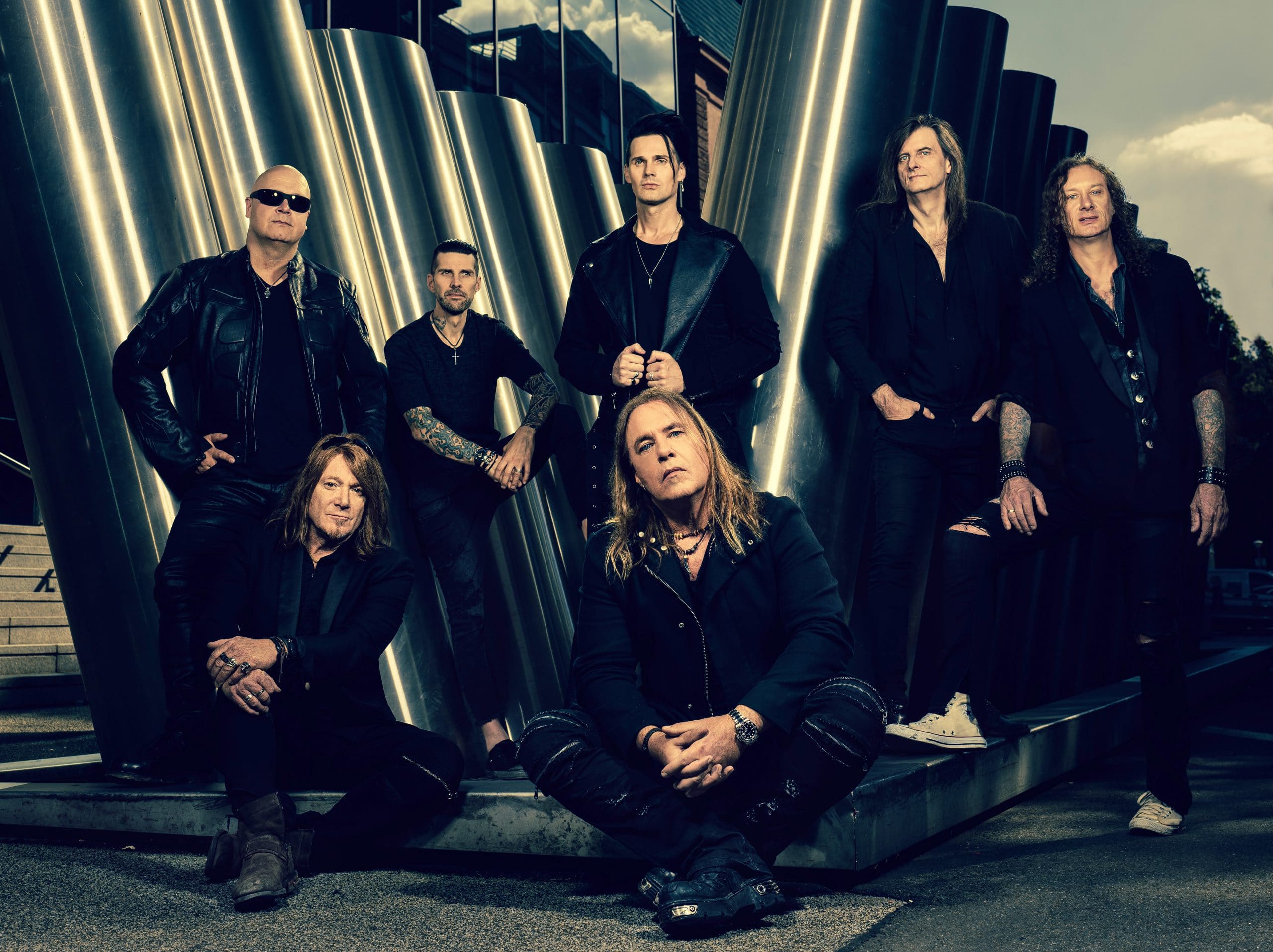 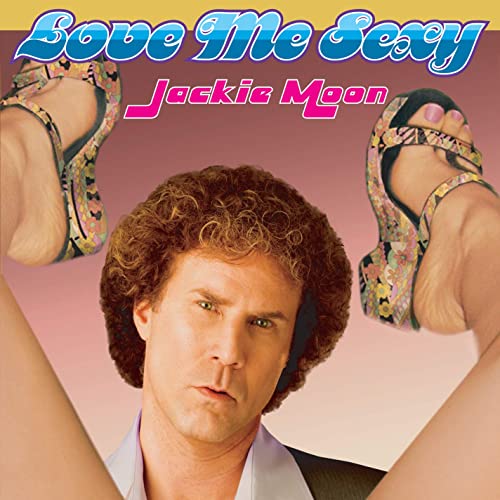