If you are worried about spoilers for ‘Shattered‘ you shouldn’t have clicked on this yet. Come back on Tuesday. For those that have watched this latest episode, let’s take a closer look. This season has been a bit odd really. So many points made this season a smash hit, yet could it also be whiffing at a major slow pitch possibility? This episode was no different. It was the best of episodes, it was the worst of episodes (If grading on a scale from 9-10)

Mandalore lay in ruins, but the war is over. I have one or two issues here, but that will come later. Ahsoka and Bo Katan walk the platform. I really love the chemistry between these two and hope more will come. Bo may be a great fighter, but she fears leadership in a governmental form. I really like how Ahsoka tries to encourage her to be the leader Mandalore needs. Their eventual parting also had that eerie feeling from Revenge of the Jedi when Anakin and Obi-Wan parted ways.

I also love the “I sense a plot to destroy the Jedi,” scene. Anytime shows tell a new story and weave it so deftly into the slots and background of what we know, show true mastery of storytelling. Ahsoka tells the council members she did her duty, but as a citizen, not a Jedi. I love how this takes them all aback and shocks them, especially Yoda. You see and feel the sadness in his eyes. Ahsoka is still lost to them.

Shattered: Order 66 Your Whopper Is Ready

At long last we come to the moment this season, the whole show really, have built towards. Order 66 comes down. The genetic code is hardwired into every single clone, so we knew they had to follow it despite their love and respect for Ahsoka. Filoni did a masterful job setting up the relationship between Ahsoka and her unit, but like a computer, a command must be followed.

But not without a fight. The best part of this scene comes when Rex drops his helmet. He fights the order so hard and does not want to give in. Alas, he has too, but not before giving Ahsoka very valuable intel from last season. He leads her to the clue about Fives and the “inhibitor chips”. One other thing i loved about this part of the show, watch closely. What is Ahsoka’s final body count? Zero. Despite everything happening, Ahsoka never kills one of he clones.

I also love the subtle meaning with the helmet. As Rex fights the urge to turn on Ahsoka, he drops his helmet. He fights to stay Rex, but after he succumbs to the chips, he puts his helmet on and becomes CT-7567. He does not don the helmet again after the chip comes out.

While one can debate the wisdom of ‘the enemy of my enemy is my friend,’ one cannot deny Ahsoka’s rise to adulthood. She no longer acts like some lost padawan. She acts grown and makes the hard decisions knows she must make. While she lectures and interrogates Maul as she frees him, Ahsoka carries an air of command and authority of a mature leader. Ahsoka also bats aside Maul’s re-offer to join up like a bug. Little Snips is all growed up.

The other thing about this scene with Maul is that it finally puts in place what we know from Rebels and Solo. He gains his freedom and retreats to his crime syndicates. His puzzle is now complete – barring a Solo sequel.

When one has no living friends to turn to where does one look? Why to the unsung heroes of Star Wars of course – The DROIDS! I love how Ahsoka so easily turns to a bunch of astromechs for help with Rex. Because of it, Rex finally gets rid of the chip and regains control. This final scene doesn’t do a lot really, but it shows why Ahsoka and Rex are fast friends many years later in Rebels. also makes one wonder if Rex gets to some of the other commanders like Wolf and removes their chips as well, hence the band from Rebels.

Note even though she becomes overwhelmed Ahsoka still does not kill, but Rex does to save his friend. Rex willingly shoots down his brothers to save Ahsoka.

I do like the throwback to Rogue One as well. When Ahsoka needs to focus the force on the chip to find it she chants Chirrut’s famous mantra from that movie – “I am one with the force and the force is with me.” Even Rex takes over the chant before the chip emerges.

This scene also cements the totality of what was done when Rex says every trooper carries one of those chips. What hope could there be for any Jedi?

I did not notice this the first time i watched the episode, but the second time when it was quieter, the music for this episode leapt out at me. Go back and listen to the first half of the episode once more. From the beginning of the episode on Mandalore to the execution of Order 66, the ENTIRE episode has a new melody playing in the background. It rings constant, eerie and creepy as hell. It never lets up and gives everything this ominous feeling of dread and foreboding. Not to mention the hyperspace corridor in the windows made it feel like an unreal horror movie.

To me the fact it never stops really reached out and affected how I saw what was coming. It made Mandalore feel doomed. Rex’s talk with Ahsoka about the purpose of Jedi and clones felt like someone died, and the actual execution of order 66 felt (until it switched to the Order 66 theme) as haunting as it should have. I wish this would have unfolded before Rebels was released. Imagine this happening when we did not know if Ahsoka would live or die at this moment.

Then there is Ahsoka’s planning and the hunt on the ship. Another melody takes over, but this one is different. It feels almost Bladerunner-esque in quality that gives the planning and chase a real edge. Well done Kevin Kiner.

Shattered: A Major Whiff of a Season?

There is one thing eating at me. One thing bothers me that may actually make most of this season a total waste. It all depends on one’s point of view, and the fact we still have on episode left. I am going to withhold judgement on this until we have the final chapter of this story. It may make a HUGE difference in the end. They may have wasted a major chance, but then again maybe it lays in the final expertise the story told in the Clone Wars Season 7; Episode 12 – The final Clone Wars chapter. 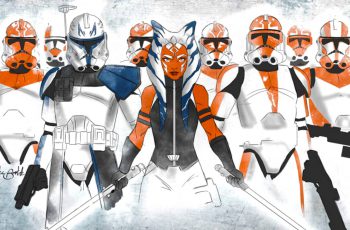 The Clone Wars, Season 7 and the Siege of MAndalore! 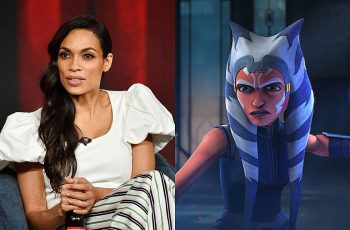