With the final chapter of The Clone Wars in the books part of this season feels like a giant disappointment – from a certain point of view. Now keep in mind in Part I of my review, I sang the final episode’s praises and to a large extent the whole season, but there is another side that shows how this season fell flat and short of expectations. Let’s take a look at the broader picture.

These twelve episodes of season seven were to be the last episodes of The Clone Wars we would ever get. It wrapped up the CW story once and for all. My biggest complaint about season seven was the lack of focus.

The first four episodes of the season focused on ‘the Bad Batch‘, a group of dysfunctional normal clones who were chosen to be exceptional special forces clones. We then get four episodes of Ahsoka in underworld Coruscant. While slightly more relevant given the ending of season five, that is four episodes that did little to advance the story unless you were in a Solo Story type mood.

The season then closes out with two episodes about the Mandalorian War and two about Order 66.

The season kicks off with the introduction of the Bad Batch. As a clone fan I really liked these episodes, especially Wrecker. They were a fun team with a unique outlook on life and provided a great ending for Echo.

The problem is – that’s it! We learn about them and then they are gone. Why didn’t they help on Mandalore, or have some significant part in Order 66? Had they proved useful later, then the story would be different, but since they were not heard from again, their story really does nothing more than waste time in the season.

The second batch of episodes revolved around Ahsoka and her interactions with lower Coruscant and two sisters, Trace and Rafa.  Again, this has little to nothing to do with the larger story; However, it deserves a bit of a pass because it follows Ahsoka after leaving the temple and the Jedi order.  This gives some excellent insight into Ahsoka’s transitions from the shelters of the Jedi order to harsher, colder world of reality.  Ahsoka learns what real life is actually like in the galaxy for many.  At the same time, she spreads some of her caring and compassion in the cold galaxy.

The big problem here lays with the fact Trace and Rafa have nothing to do with the war or Mandalore.  It’s cool we get to meet the Pyke Syndicate (as referenced in Solo), but it takes time away form the wars that were meant to be the heart of this season.  Maybe if Trace and Rafa played a role in the final days of the Clone War, these episodes would have meant more.

Season 7: Disappointing Failure – And On the Ninth Day…

FINALLY! Nine episodes into the FINAL season of Clone Wars we get to the Mandalorians. The earliest teases and pictures of this season revolved around the Mandalorian Civil War and the eventual Republic/Imperial occupation. So why are we only now getting into it nine episodes in?!

The Episodes were good (all two of them). Visuals were stunning and well beyond anything we saw in the first six seasons. What story we received worked well, it was just – short. The problem with being so short is the story does not match history, or at least not well.

The war ends swiftly and decisively. Bo Katan and her faction appeared to control the planet, and things were moving towards peace. This is a far cry from the story we get in Rebels and The Mandalorian.

According to the timeline, the Empire enslaved and dominates Mandalore. Hints from The Mandalorian seem to indicate the planet was mostly wiped out. The Mandalorian people now sound like a tribe or cult more than a race, yet we leave them in peace and recovery.

The only connection to the future lays in what Kenobi said earlier as well as the subtle fact the Republic remains on Mandalore at the end of the episode. When Kenobi talks with Bo, he says to help her the Republic would need to essentially invade Mandalore and take it over. That and their presence are the thinnest of clues to the future.

We then get the final two episodes to wrap up the show. They focus on Ahsoka, Rex and Order 66. Given this wraps up both the season and the show, these final episodes were magnificent. They provided a wonderful wrap to Ahsoka, the clones and the Clone Wars as a whole.

They advertised this season as a story mostly based on Mandalore and its fall into the hands of the Empire. We got two episodes that paint a completely different picture than what The Mandalorian leads us too. From that standpoint this final season falls a bit flat and failed to tell the story we will need going forward. 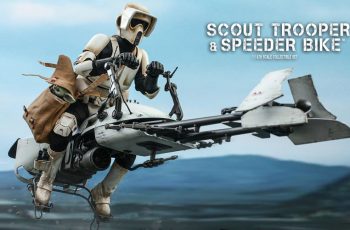 Hot Toys is at it again. After giving us an …

Jon Favreau has given us Star Wars fans something to talk …