Late last year, at New York Comic-Con, we heard from Ryan Reynolds and Shawn Levy about their upcoming project, Free Guy. Last month we learned that they are teaming up once more. This time Reynolds will star in a time travel adventure with Levy again at the helm. In this Hashtag Show exclusive, we bring you the full plot synopsis as well as casting information for the pair’s latest offering.

The studio describes the feature, formerly called “The Adam Project,” as “a time travel adventure with equal parts humor and heart, a story that’s ultimately about how we grow into the people we become, the price of loss, and the possibility of redemption.” Here is the full synopsis for the new Ryan Reynolds/Shawn Levy film:

Adam Reed, age 13, and still grieving the sudden death of his father a year earlier, walks into his garage one night to find a wounded pilot hiding there. This mysterious pilot (RYAN REYNOLDS) turns out to be the older version of HIMSELF from the future, where time travel is in its infancy.  He has risked everything to come back in time on a secret mission…. Together they must embark on an adventure into the past to find their father, set things right, and save the world.

The three working together, both young and grown Adam come to terms with the loss of their father and have a chance to heal the wounds that have shaped them. Adding to the challenge of the mission, the two Adams discover they really don’t like each other very much, and if they’re going to save the world, they’re first going to have to figure out how to get along…

Here’s what we know about what the studio is looking for in its younger Adam:

11-14yo, Caucasian, Male, American, blonde or light brown hair, not athletic—either husky or scrawny could work. Adam is a smart and sensitive outsider whose mouth tends to get him into as much trouble as it gets him out of.  Having lost his father just over a year ago, and not having many friends, he’s a lonely kid who is prone to moments of grief and anger that tend to fuel a bit of a self-destructive streak.  MUST BE 14 YRS OLD OR UNDER AS OF OCT 2020.

The untitled Ryan Reynolds project begins production in the fourth quarter, 2020. Stay tuned here to That Hashtag Show for more details as they come! 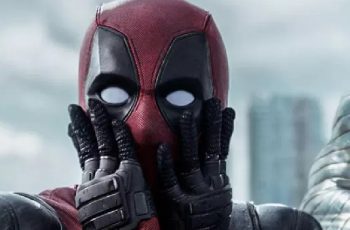 As many fans know, Deadpool 3 is happening. The only … 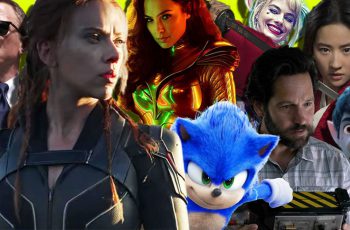 As the new year gets rolling, so too, does the …