For an AEW women’s division that was already looking a bit thin, this is terrible news. Kris Statlander, the second ranked female on the AEW roster, has torn her ACL. The former number one contender for the AEW Women’s Championship is likely to be out for an extended period of time. Her injury occurred when she dove on Kip Sabian during the Dynamite tapings this week.

It’s another rough injury for the All Elite Wrestling women’s division. During a time when the company was really pushing that division, they’ve now seen two devastating knee injuries. The other was to Britt Baker a couple weeks ago. Her injury is less severe than Statlander’s and she’s expected back sooner.

Statlander also made wrestling news earlier this week, when she made news by revealing that WWE didn’t sign her due to a tweet. The tweet in question was about how her school got put on lockdown and was flagged for mentioning police. It’s sort of a silly reason not to get a contract, but she’s been a mainstay for the AEW Women’s Division since they started last year.

The Bigger Issue For AEW’s Women’s Division And Statlander

AEW’s TV of late has been fantastic. They’ve perfected the “no-crowd” wrestling show. Statlander and the other women in the division have been putting on fantastic multi-women matches. Hikaru Shida and Nyla Rose put on a fantastic championship match at Double Or Nothing. The only real problem for the division has been a lack of depth and star-power. The star-power should come when people fill out into their characters more, like Britt Baker was, before her injury. The depth is a major concern for a new company like AEW. They might have a TV deal and merchandise and all that, but it remains that they don’t have a huge stable of top women in the company right now. Taking a look at their Top 5 rankings, now two of the top 5 are injured.

We’ll have to see how this shapes up, but hopefully they can rally around this injury and Statlander can return sooner rather than later. 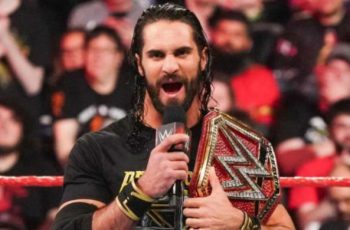 Seth Rollins and Will Ospreay have been in a bit … 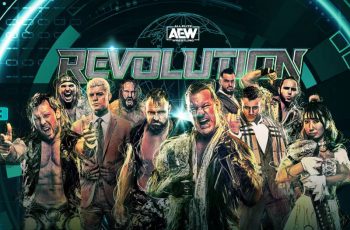 Last night, February, 29th sure seemed like a day that …