Check out the official description of the five issue limited series below:

Buffy the Vampire Slayer: Willow #1 brings Willow face to face with the truth of her past…and plants the seeds for a future no one could’ve predicted.

After everything – and everyone – she lost to the Hellmouth, Willow is leaving Sunnydale on a world-spanning road trip in search of her true self. She stumbles on a community of people like her: lost witches looking for answers…but there’s a darkness at the heart of it, one that reminds Willow of something she’s felt before, something that she fears inside herself.

Now, truly alone for the first time in her life, Willow must rely only on her instincts – and her magic – to save herself from a threat Buffy never prepared her to face…or the rest of the world will pay the price.

The series follows the character Willow from the cult classic television series Buffy the Vampire Slayer. The show ran for seven seasons from 1997 – 2003, picking up both Emmy and Golden Globe nominations.

How to get your copy of Willow #1

Print copies of Buffy the Vampire Slayer: Willow #1 go on sale July 8. They can be bought at the BOOM! Studios website or from your local comic book shop. You can pick up the comic digitally from comiXology, Google Play, and iBooks.

Make sure to check back to That Hashtag Show for more updates. Until then, you can check out all the first look images from Buffy the Vampire Slayer: Willow #1 below. 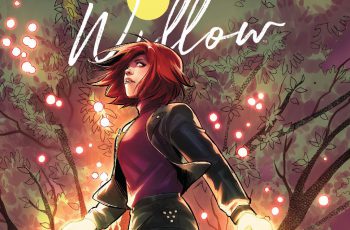 Boom! Studios’ Willow is a five-issue limited series set in …
Image Comics and Skybound Entertainment are pleased to reveal the …