The original Broadway cast production of Hamilton made its streaming debut on Disney+ this weekend. I decided it was about time I finally watched it.

I missed the boat then, but I’m getting on board now.

I know exactly two things going in to the musical. First, I know the song “My Shot.” Second, I know Aaron Burr kills Hamilton in a duel.

Everything else is a complete mystery to me. I don’t know how much of Alexander Hamilton’s life is covered, or any other historical figures who appear in the musical, or any of the other songs. Here’s what happened when I hit play:

5. I’ve never heard a man tell another man to smile more before.
6. You know how when you’re out for a drink with the lads and you gotta introduce yourself in song?
7. The other players are getting their intros: Lauren and Lafayette, whom I know from history class.
8. I don’t remember Hercules Mulligan though. That means I’ll probably learn something new about history from this which is cool.

10. We’ve already hit the only Hamilton lyrics I know, so the rest of this musical is a mystery to me.
11. It’s a really good song though. I get the popularity.
12. The “rise up” bit hits pretty hard with all the turmoil we’re facing today.
13. Bruh…

14. I imagine death so much it feels more like a memory

15. The Schulyer Sisters!!
16. Not to point out the costumes again but the three colors for Peggy, Eliza, and Angelica look really good.
17. I think it’s really cool to see what kind of practical effects theatre productions can pull off. Hamilton’s rotating stage might not be the most impressive stage effect I’ve ever seen, but I really like how the production uses it in their numbers.
18. Ok, there’s a good Girl Power vibe here. Like we don’t really have Feminism yet, but they got the spirit.
19. I love a little competitive singing over each other moment (“Farmer Refuted”). It’s a good musical trope.
20. OMG I didn’t know the King made an appearance!

21. I will kill your friends and family to remind you of my love!
22. Incredible. And gross. He just spit everywhere.
23. General Washington rap!
24. I didn’t really expect a romantic song (“Helpless”)? It’s cute though.
25. Ok, maybe the word “helpless” is being used too much.
26. Oh no, Eliza made Angelica her wingwoman to catch Hamilton, but Angelica liked him too?

27. Is this love triangle historically accurate or is this invented for The Drama? (I don’t care for love triangles)
28. I wonder how the third sister, Peggy, feels about all this.
29. Okay, my research shows that Hamilton and Angelica may have had a thing going on, so I guess I can’t complain about the love triangle.
30. I AM going to complain a bit about the Straight Men Acting Like Getting Married Is The End Of Their Lives bit. You’re better than this, Lin-Manuel Miranda.

31. I like that they’re working in some foreshadowing with “Ten Duel Commandments.”
32. I’m REALLY impressed with Daveed Diggs rapping while maintaining his French accent (“Guns and Ships”).
33. There’s a lot of good musical/thematic callbacks in “Nonstop,” the final song in Act I.

34. “What’d I Miss” is a very nice meta-wink to theatre. The opening song of the second act is usually either a recap of Act I or nothing with much substance. This is so people returning to their seats late from the intermission don’t miss anything important.
35. A cabinet debate as a rap battle!!
36. That’s SO GOOD
37. Some things will always be funny. A grown man pretending to be a child proudly counting to nine is one of them.
38. A CHEATING SCANDAL??
39. HAMILTON, YOUR WIFE!!

40. (I also fact-checked this one to make sure it’s not added for The Drama. It’s true.)
41. Ohh, Burr took Schulyer’s senate seat. Hamilton won’t be happy about that.
42. I know Burr ultimately shoots Hamilton, but I don’t know that much about the specific circumstances that actually lead to the duel. Was this a factor?
43. Another cabinet rap battle!!
44. Watching debates now will just never compare…
45. Oh, Burr also feels like Washington favors Hamilton over him. It’s all coming together…

46. Washington: I’m stepping down, I’m not running for President.
Hamilton: I’m sorry, what?

51. I’m sorry. Did Hamilton just tell his son “go to this duel, but don’t shoot. the other guy definitely won’t shoot you either it’s fine”
52. Yeah that went about as well as I expected.
53. Phillip’s slow-motion fall post gunshot looked incredible.
54. Poor Eliza part 2 🙁
55. “It’s Quiet Uptown” is hitting me hard man.
56. The emotional whiplash of “It’s Quiet Uptown” and then the comedy of “The Election of 1800″…

57. We know it’s lose-lose, but if you had to choose? unfortunate election mood
58. Ohhh this has to be the final straw: Hamilton supporting Jefferson over Burr
59. And basically saying Burr doesn’t have any principles
60. YUP. Here it is, the duel.
61. I imagine death so much it feels more like a memory MY LINE CAME BACK

62. What is a legacy? It’s planting seeds in a garden you never get to see.

63. Hamilton’s time-freeze monologue just before he’s shot honestly has me speechless. It’s so good. The way everything looks on stage. The references to the people he’s lost and leaving Eliza behind. Lin-Manuel Miranda’s delivery. It’s all amazing.
64. “Who Lives, Who Dies, Who Tells Your Story.” What a way to sum it all up. Even Hamilton’s rivals show up to admit his legacy.
65. I stop wasting time on tears, I live another 50 years Yes Eliza!! I love that she gets her own little legacy nod too.
66. This musical really got me emotional about people who died 200 years ago huh
67. It’s over…time to go stream the soundtrack on Spotify! 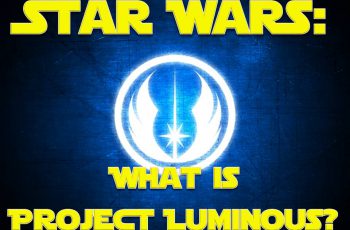 Actors have busy schedules. Between film production duties and public …