Digimon seems to take the red headed step child role next to its anime counterpart Pokemon, but the digi-destined are fighting back. With a relaunch of the original series and word of mouth gaining steam, the Digimon franchise will digivolve to Digimon Virtual conventions this summer.

The Con circuit took a huge hit this year with the virus shutting down every major Con in the US. A few of the larger Cons and geek properties needed to adjust. They did so by switching to virtual conventions. These conventions will be kicking off shortly with San Diego’s nearly here. Marvel will also do their own thing as will DC.

Digimon looks to follow suit to help he rebirth of the franchise. Two virtual cons launch in the coming weeks. The first is Digimon News Navigation (Diginavi for short). It launches this weekend, July 17th. The second virtual con for Digifes takes place August 1. These virtual cons can be found on YouTube on the Bandai and Toei Animation channels.

Digimon emerged out of he shadows of Pokemon by giving the franchise story and growth as it went along instead of repetitive pointless battles. Not only did the Digimon evolve, but so to did the children along side them. After many incarnations, Digimon seemed to fade away as it never had the toy success or popularity of Pokemon, but things are waking once more.

Digimon Adventure recently rebooted the franchise in Japan with the original cast of characters and Digimon returning. The first six episodes can be seen with subtitles on Crunchyroll. Production shut down because of Covid-19, but should resume shortly. The United States needs to wait until late 2020 or early 2021 for the English version which will appear on Adult Swim’s Toonami block. Unlike the original which they edited for content, this version will stay much closer to the Japanese version. 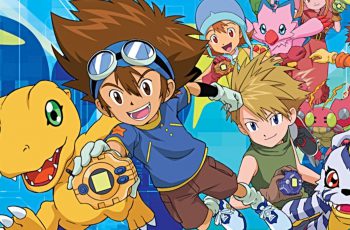 In today;s movie world, studios grasp at every kid’s show …