Disney and Lucasfilm dropped a bit of a bombshell earlier this week – the Bad Batch is getting its own animated series on Disney+. If you’re not familiar, the animated series The Clone Wars introduced us to Clone Force 99 in the first episode of the show’s final season. The Clone Wars series concluded, however, with Season 7. That left many to question what role these peculiar clones will play in greater Star Wars storytelling following the war’s end.  The show’s official synopsis reads as follows:

The series follows the elite and experimental clones of the Bad Batch (first introduced in The Clone Wars) as they find their way in a rapidly changing galaxy in the immediate aftermath of the Clone War. Members of Bad Batch — a unique squad of clones who vary genetically from their brothers in the Clone Army — each possess a singular exceptional skill, which makes them extraordinarily effective soldiers and a formidable crew. In the post-Clone War era, they will take on daring mercenary missions as they struggle to stay afloat and find new purpose.

Is Scar Squadron next for The Bad Batch?

If the description of this unique clone unit seems familiar, it should. Show runners may claim George Lucas inspired the elite clones…. But the Bad Batch also seems to take heavy inspiration from Scar Squadron of the Marvel Comics. Similarities abound, from individualized armor to a larger-than-normal trooper among the respective units’ ranks. Perhaps this was Filoni’s goal all along…. To set up an ultimate showdown between the new, fan-favorite clones and Vader’s elite band of Stormtroopers.

If that’s the case, then we should be in for a treat.  Scar Squadron was definitely a highlight of the last Star Wars comic book run. (That began in 2015 and concluded last year.) That Scar Squadron seems perfectly matched up against the Bad Batch makes for an ideal subplot of the new series.

We’ll have to wait to and see whether Scar Squadron faces off against the Bad Batch, however. The show won’t hit Disney’s streaming service until 2021.

Star Wars is going back to Yavin… sort of. In … 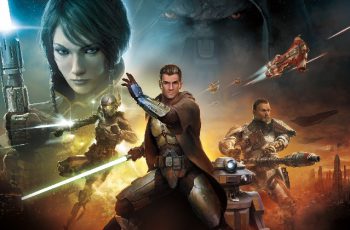 Well folks, Disney has made it official. With today’s announcement, …