With news of Pioneer Masters and Amonkhet Remastered coming to MTG: Arena, the world is alight with talks of the fledgling format. The other talk is obviously about how the format could use some changes to it’s ban-list. After the announcement (of an announcement), that changes were being made to the list, Pioneer players were expecting big changes to the format. What we ended up getting was a small unban in Oath of Nissa.

The Pioneer format is quite diverse even if the top decks have pretty good win percentages. Dimir Inverter, Mono-White Devotion, and Lotus Breach all are in the top tier. What makes the format great is the decks just below that threshold. Decks like Naya Winota, Mono-Black Aggro, Azorius Spirits, and Boros Burn. These decks all add to the format and have good matchups against some combination of the top three. What makes a good format is diversity, and not fake diversity like we have in Standard currently. Yes, there are tons of decks, but most of them play Blue and Green cards like Growth Spiral.

So the hallmark of Pioneer was that it was a way to play those cards that weren’t quite powerful enough for Modern, but that had already rotated out of Standard. In that quest, Pioneer was a success, it’s just hit a bit of a rut at the moment. It’s also a casualty of the pandemic raging across the World right now. Pioneer was made to a competitive Player’s Tour format.

Pioneer Can Come Back Better Than Ever On MTG: Arena

While we don’t have any screenshots or actual images of Pioneer in action on MTG: Arena, we do have the July State of the Game article. You can read that here. Down near the bottom of the article, they have a quick mention of their progress on Pioneer Masters. (Yes, it’s called Pioneer Masters).

We’ve danced around this one a little bit, so let’s just come out and say it—the next Pioneer-focused set remaster will be a Pioneer Masters set. Like the Modern Masters tabletop product, this digital card set will be looking at all the sets currently legal in Pioneer and pulling them together into a single set for both Limited and Constructed play. Players should expect our first (but likely not the last) Pioneer Masters set by the end of 2020.

This would prove the thought that Historic on MTG: Arena was a placeholder format for Pioneer. Unless you’re really into Jumpstart (go play it on Arena, it’s pretty fun), this is the biggest news out of this announcement. Now what would a Pioneer Masters look like for Arena? That’s the question of the hour.

Look At What Arena Already Has For Pioneer

In any Masters set for Magic: The Gathering, you want a combination of high-dollar reprints and hopefully a fun limited environment (this isn’t a necessity though). For Pioneer Masters, I would just want them to try to get every card that could and does see play in the format in the set. They already sort of have a head-start on this, with all the Ravnica “Shock-Lands” being in Standard. So you can cross those off. You have the Dominaria and Ixalan “check-lands” already.

Trying to think about just what could go in the set is a real brain exercise. If you leave off cards, then the paper Pioneer format and the Arena Pioneer format are different. So unless the set has 1000 cards or whatever, it could lead to problems. Their announcement says that it’ll be the “likely not last” Pioneer masters set, so that gives hope that they can juice this first one, and keep it coming with an update down the road. The time period gap between Return To Ravnica and the invention of Pioneer was the same as the time period gap between Mirrodin and the invention of Modern. So this first Pioneer Masters set could be similar to the first Modern Masters.

My hope is that it’s more cards. Pioneer has really suffered because of the pandemic and lack of in-person play. But adding it to Arena would rejuvenate the format to a place that it was at around when it first came out. The format is a really fun one that gives you a type of Magic that you can’t get anywhere else. It has wildly powerful cards, but it also feels completely different than Standard, Modern, Legacy, and Vintage. Historic on the other hand, feels like a suped up Standard format.

That’s the reason we need Pioneer on MTG: Arena as quick as possible. You can expect Pioneer Masters by the end of 2020. Amonkhet Remastered is arriving August 13th on MTG: Arena.

Let us know what you want out of Pioneer Masters in the comments or on Facebook!

For more on MTG: Arena, Tabletop Gaming, or any other general pop culture, make sure to check back to That Hashtag Show. 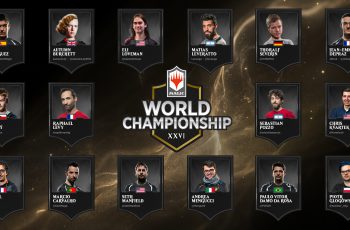 Magic: the Gathering has gone through some huge changes in … 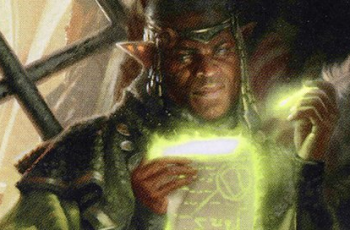 Kethis, the Hidden Hand is a very intricate card. On …