The truth is way, way out there. And a couple of broadband-installers-turned-ghosthunters are going to find it.

Check out the full discussion below, which includes a teaser trailer (the trailer starts 1 minute in).

The Inspiration For Truth Seekers

If it’s creepy or unusual, the show was likely influenced by it. Serafinowicz said they would text each other about weird news articles long before the show developed.

“We’ve always been interested in ghosts and UFOs and all that paranormal stuff,” said Serafinowicz. “We thought, ‘how can we harness our obsession with all of the paranormal in a show?’”

A Perfect Blend Of Laughs And Scares

Truth Seekers was influenced not only by a love for the paranormal, but by a real interest in horror. Even though it’s a comedy, the horror element is still meant to scare.

“The key with horror-comedy is to take the horror completely seriously and allow the comedy to exist adjacent to it,” said Pegg. “It’s not difficult. You just have to not make fun of the horror.”

The series tried to help keep the horror aspect real by filming in a bunch of real-life creepy (and potentially haunted) places, including old Victorian homes and an abandoned hospital.

Are The Truth Seekers Creators Believers Or Skeptics?

Pegg and Frost have visited Area 51 and gone ghost hunting together, though they’ve never seen any apparitions.

“I’ve seen a UFO. I believe in aliens,” said Serafinowicz. “I’ve totally seen one, it was clear as day…It was like the Borg ship from Star Trek.”

Check back with That Hashtag Show for more updates during Comic-Con@Home. 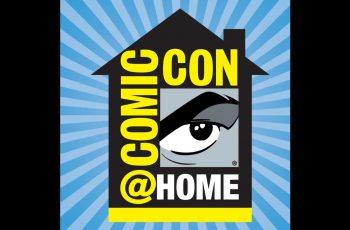 San Diego Comic Con is usually the event of the … 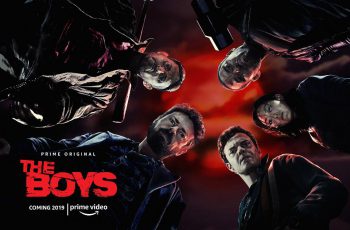 The Boys is the latest series to be brought to …