The precursor to all the various “nerd and tech” websites, shows, and media we have now, is back. G4 went off the air in 2014. In the time since then, people have yearned for a return of some sort. Shows like Attack of the Show, X-Play, and Code Monkeys were fan favorites. The hosts and personalities from these shows are all generally around the industry still. People like Olivia Munn have gone on to huge careers while some like Adam Sessler have gone away from the public eye, and are still around lurking in the background.

The network was a hugely influential one on all things geek and pop culture. You can safely say that there likely wouldn’t be a That Hashtag Show without the contributions from G4. Here’s to hoping is a full fledged revival of the network. Shows like X-Play and Attack of the Show have been sorely missed in the nearly six years since the network went off the air.

We’ll keep you updated on this story as it develops. Stay tuned to see just who returns from the original run of the network and where it ends up. Who do you want to see return? Personally, Adam Sessler and Morgan Webb were huge influences on my career and why I love video games so much. They’ll have to get them back in addition to the other wonderful people who worked at G4.

For more on G4, nerd culture, or any other general pop culture, make sure to check back to That Hashtag Show.

Carrie Fisher as Slave Leia is a memory that will … 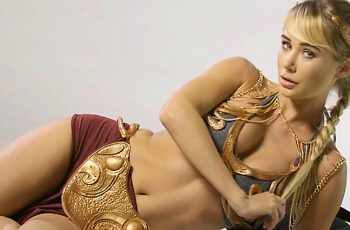 It’s been quite a while since the great G4 graced …