Neill Blomkamp did a great job with District 9 and Elysium, and now he may get another chance to work his magic in Alien 5. Especially with James Cameron now giving him a helping hand.

During a recent interview, IGN mostly asked James Cameron about stuff like “What Would Sarah Connor Think of Alita?”. However, in the last few seconds, they slipped in a question about Neill Blomkamp and his long-awaited debut to the Alien franchise. In response to that, James Cameron’s only reply was a simple “I’m working on that”. Maybe it wasn’t the most informative answer in the world, but it’s still enough to fire up the Alien fandom.

For those of you who have no idea what I’m talking about, here’s some background info. Back in 2014, Neill Blomkamp was tapped to make a fifth Alien movie, purportedly titled was Alien: Awakening. Awakening was supposed to take place after the events of Aliens, and would retcon Alien 3 and Alien Resurrection. No, I’m not kidding. Awakening would’ve been an almost complete reboot of the entire franchise. Heck, Sigourney Weaver herself expressed interest in playing Ripley again for Awakening.

Sadly however, it was not to be. Before production barely even got started, 21st Century Fox killed the movie. You can still find concept art of it online, but that was it for Neill Blomkamp’s vision of Alien. Until now.

Multiple sources in 2018-2019 stated that James Cameron was reviving the project. And now, we’ve got official confirmation right from Cameron himself that Neill Blomkamp’s Alien 5 is in the works. It seems we’ll now finally see what the director of District 9 (2009), Elysium (2013), and Chappie (2015) will do with Alien. We may not know exactly when it will happen, but it’s happening.

James Cameron just leaked/hinted that he’s working with Neill Blomkamp on the latter’s vision of Alien 5. We don’t know how much progress has been made, if any. All we have is a single sentence from Cameron, giving us hope for the future of the Alien franchise. Stay tuned for more, in case Cameron or Blomkamp let’s slip something else. 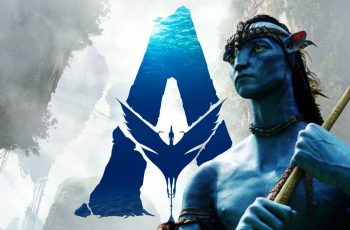 At the time of this writing many countries remain under … 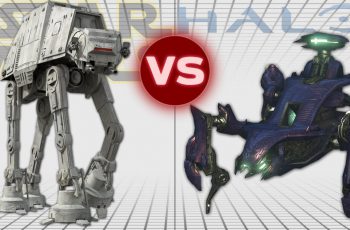 AT-AT vs. Scarab: who would win? We all know these …