After nearly 25 years off the air, Ren and Stimpy are coming back to a TV near you. Comedy Central announced it will reboot the show.

The decision marks another step in Comedy Central’s plan to delve more into adult animation. The network previously announced a Beavis and Butt-head reboot, as well as Daria spinoff Jodie.

We don’t have many details yet about the new Ren and Stimpy. However, the network said a creative team would work to update the show to “reimagine” it for a new generation of viewers. ViacomCBS Entertainment & Youth Group president Chris McCarthy discussed adding the show to Cartoon Network’s new lineup.

“We are excited to reinvent this iconic franchise with a new creative team and our partners at the Nickelodeon Animation Studio. Ren & Stimpy joins our rapidly expanding roster of adult animation including South Park, Beavis & Butt-Head and Clone High as we continue to reimagine our treasure chest of beloved IP for new generations.”

John Kricfalusi created the original Ren and Stimpy. The comedy focused on the adventures of psychotic Chihuahua Ren and temperamental Manx cat Stimpy.  It launched in 1991 alongside Rugrats and Doug on Nickelodeon. It ran for five seasons.

While the series became a pop culture hit and continues to be a cult favorite for fans, Nickelodeon struggled with the series during its initial run. It was criticized for adult content and a lack of educational value.

After its run on Nickelodeon, the characters briefly returned for an adult series on Spike. Ren & Stimpy Adult Party Cartoon produced six episodes, but ultimately the network only aired three. 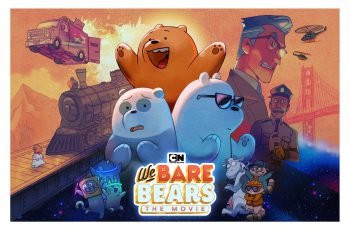 We Bare Bears now has an animated movie, and it’s … 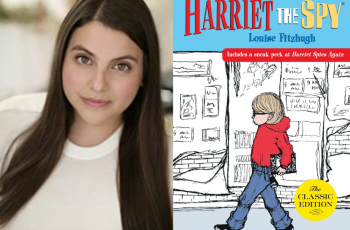 11-year-old Harriet the Spy is getting a TV series. Apple …