Are you still reeling from that epic finale of The Clone Wars? Fear not, Star Wars fans. There’s still more Clone Wars to go around. Well, from a certain point of view, at least. Coming later this month you can experience even more stories from the era of the fan-favorite series. Star Wars: The Clone Wars ~ Stories of Light and Dark brings us eleven chapters of the Star Wars era that Dave Filoni and George Lucas truly brought to life in 2008. Even better?  The audiobook reunites a large portion of the original cast.

Sam Witwer headlines the audio cast for Stories of Light and Dark. He returns to reprise his role as Maul. Witwer’s emotional and dramatic portrayal of the fallen Sith apprentice is what truly gave the character life. He’ll handle the aptly titled story “Dark Vengeance” for the audio anthology. This Clone Wars entry wouldn’t be complete though… not without James Arnold Taylor. He reads three of the stories focused, of course, on his character of Obi-Wan Kenobi.

Stories of Light and Dark: a Clone Wars reunion

Witwer and Arnold Taylor aren’t the only ones returning to their Clone Wars roots, however. Many series regulars (and favorites) join them to read the Stories of Light and Dark:

The anthology “promises to be a beautiful tribute to the recently-completed animated series.” All in all the Stories of Light and Dark will compile ten “retellings of memorable episodes” plus a new, “original Nightsisters-based story” as well. Among the authors are a number of recognizable names, including Zoraida Córdova, Jason Fry, and Rebecca Roanhorse. Roanhorse, you’ll remember, penned the Rise of Skywalker tie-in novel Resistance Reborn.

Star Wars: The Clone Wars ~ Stories of Light and Dark is available for pre-order now. It will officially be ready to download Augusts 25th. 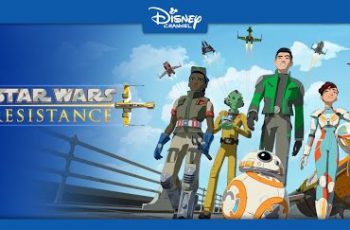 Star Wars fans are waiting for practically everything right now. … 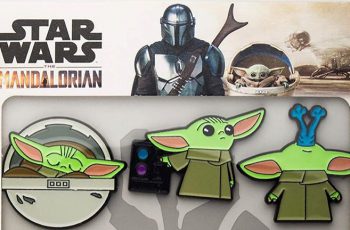 If you are a pin collector like myself, then you …