Nintendo surprised everyone today by releasing six wildly different indie games out of nowhere on the Switch. I know indie games are everywhere these days, but these are games to pay attention to.

Attack of the Indie Games!

Indie games are a dime a dozen these days. On Steam alone, you can find literally thousands of indie games. These games vary wildly in both price and quality. You can find epic games that rival most AAA games made by those big corporations, right next to horrendous dogshit that looks like it were pushed out by a single guy working on a $1 budget. Or possibly by a dog using a bark-to-text translator, and likes taking frequent nap breaks.

The Nintendo eShop isn’t immune to this, but these 6 Switch games are most definitely not low quality. Indeed, they’re all really promising games that got rave reviews. And even better, these games vary wildly in terms of genre, so there’s something here for everyone. As luck would have it, most of these games are on sale and we’ve got a full list of those 6 games here:

Description: “You play Stella, ferrymaster to the deceased, a Spiritfarer. Build a boat to explore the world, then befriend and care for spirits before finally releasing them into the afterlife. Farm, mine, fish, harvest, cook, and craft your way across mystical seas. Join the adventure as Daffodil the cat, in two-player cooperative play. Spend relaxing quality time with your spirit passengers, create lasting memories, and, ultimately, learn how to say goodbye to your cherished friends.”

Description: “”Takeshi and Hiroshi” combines the two worlds of puppet animation and Role Playing Game. It tells the story of two brothers and their daily life. The 14-year-old Takeshi, a game designer to-be, is creating a game for his weak little brother Hiroshi who always wants to play the next chapter of the game as soon as possible. As the game is still in the making, Takeshi has to improvise and secretly plays some of the monster roles himself. It is Takeshi’s goal to make Hiroshi really enjoy his game, let him meet big challenges, but preferably to prevent him from losing. He has to choose which monsters shall appear when and struggles more and more as the challenge for him as a game creator becomes increasingly difficult.”

Description: “The story of Raji: An Ancient Epic begins with the start of a new war between the demons and the gods. Seeking to avenge their defeat in the last great war from a thousand years ago, the demons have challenged the gods who humiliated them and have invaded the human realm, threatening them with extinction.
Thinking that their enemies had been utterly defeated in the last great war, a thousand years ago, the humans had fallen into a false sense of security, forgetting the ways of alchemy, while enjoying the peace. Unable to defend themselves, cities and fortresses fell, leaving the humans at the mercy of the demons.
Amidst the chaos, as cities and fortresses fell, and as young children were abducted from their homes, a young girl named Raji is chosen by the gods to be the sole defender of the human race.”

Description: “Hike, climb, and soar through the peaceful mountainside landscapes of Hawk Peak Provincial Park. Follow the marked trails or explore the backcountry as you make your way to the summit. Along the way, meet other hikers, discover hidden treasures, and take in the world around you.”

Description: “Rediscover gravity and explore a beautiful Escher-esque world of impossible architecture. Geometry repeats infinitely in every direction, and falling down leads you back to where you started. Manipulate gravity to change your perspective and see the world in new ways. Master the rules of the universe and restore a barren world with vegetation and life.”

Description: “Wield your Soulflame, unleash extraordinary powers, and dive into the touching story of two kindred spirits. Guide the child-like soul Ki on a journey through the beautiful and haunting Afterlife in this unique 2D puzzle platformer.” 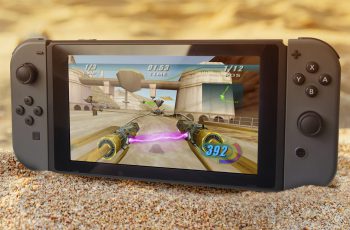 Well it looks like the game that many of us …