Shudder is the horror fan’s dream streaming platform. If platforms like Netflix, Prime, and Hulu don’t have nearly enough horror, it’s high time to check it out. The service is like Halloween all year round. They have tons of movies, original movies, shows, and specials. This Halloween, they’re going all out. If you think Christmas gets a lot of time to shine, it’s high time that Halloween stretches out into September. 2020 is the perfect year to extend Halloween season for another 30 days. Starting September 1st, Shudder is giving you all this content.

This is really a horror fan’s dream. Joe Bob’s The Last Drive-In is worth the price of admission alone.

The Halloween Goods From Shudder

The two-month celebration will feature weekly original/exclusive movie premieres; a new “The Last Drive-In with Joe Bob Briggs” Halloween special; a collection of unforgettable chillers from the “master of mayhem,” Vincent Price; a third installment of holiday favorite The Ghoul Log; the return of the Shudder Halloween Hotline; and 61 days of daily recommendations from Shudder curator Sam Zimmerman.

The September Schedule Of Horror

COLOR OUT OF SPACE — September 1
After a meteorite lands in the front yard of their farm, Nathan Gardner and his family find themselves battling a mutant extraterrestrial organism as it infects their minds and bodies, transforming their quiet rural life into a living nightmare. Based on the classic H.P. Lovecraft short story, adapted and directed by Richard Stanely. STARRING: Nicolas Cage, Joely Richardson, Madeleine Arthur, Brendan Meyer, Julian Hilliard, Elliott Knight, Josh C. Waller, Q’orianka Kilcher, Tommy Chong. A SHUDDER EXCLUSIVE.

NOS4A2 season 2 — binge release September 10
NOS4A2’s second season picks up eight years after the events of season one. Vic McQueen (rising star Ashleigh Cummings) remains more determined than ever to destroy Charlie Manx (Emmy®-nominated actor and producer Zachary Quinto). Charlie, having faced his own mortality, emerges desperate for revenge against Vic. This time, he sets his sights on the person who means most to Vic – her eight-year-old son Wayne. The race for Wayne’s soul sends Vic and Charlie on a high-speed collision course, forcing both to confront the mistakes of their pasts in order to secure a hold on Wayne’s future.

SPIRAL — September 17
Malik (Jeffrey Bowyer-Chapman, American Horror Story), and Aaron (Ari Cohen, It: Chapter Two), a same-sex couple, move to a small town in search of a better environment for them and their 16-year-old daughter (Jennifer Laporte, Web of Dreams). But nothing is as it seems as something sinister lies behind the picturesque homes and welcoming faces of their new neighbors. With Ty Wood, Chandra West and Lochlyn Munroe. Written by Colin Minihan (writer of the Shudder Original Z and the upcoming new Urban Legend) and John Poliquin, directed by Kurtis David Harder (Summerland). A SHUDDER ORIGINAL. (Also available on Shudder UK and Shudder ANZ)

VEROTIKA — September 24
Experience an odyssey into the mind of rock legend Glenn Danzig (The Misfits, Danzig) in his directorial debut, a creepy, surreal, and bloody trilogy of erotic horror stories that critics have called “absolutely bonkers” (Rolling Stone), “a new cult horror favorite” (Bloody Disgusting) with the AV Club saying “everyone should get the chance to see what Danzig’s ego hath wrought…All I want to do is watch this movie again, with as many of my friends as I can assemble.” Starring Ashley Wisdom, Rachel Alig, Alice Tate), Kayden Kross , Scotch Hopkins, Sean Kanan and Natalia Borowsky. Directed by Glenn Danzig. A SHUDDER EXCLUSIVE. (Also available on Shudder Canada, Shudder UK and Shudder ANZ)

SCARE ME — October 1
Sundance 2020 Official Selection. During a power outage, two strangers tell scary stories. The more Fred and Fanny commit to their tales, the more the stories come to life in the dark of a Catskills cabin. The horrors of reality manifest when Fred confronts his ultimate fear: Fanny may be the better storyteller. Starring Aya Cash, Josh Ruben and Chris Redd. Directed by Josh Ruben. A SHUDDER ORIGINAL. (Also available on Shudder Canada, Shudder UK and Shudder ANZ)

THE VINCENT PRICE COLLECTION — available October 1
Terror, thy name is Price! In film history, few actors have been as closely associated with horror as Vincent Price, and for good reason. Price presented a unique brand of intelligence and refinement underscored with a delight in the macabre and a touch of madness. This Halloween, we are thrilled (and chilled) to present five classic films starring “the Merchant of Menace.” Featuring three of Price’s acclaimed Edgar Allan Poe films directed by Roger Corman—House of Usher, The Masque of the Red Death and The Tomb of Ligeia—along with Theater of Blood (co-starring Diana Rigg) and The Monster Club (premiering Oct. 5) with John Carradine and Donald Pleasance. (Also available on Shudder Canada)

‘REVENGE OF THE GHOUL LOG’ — October 1
The “Ghoul Log” is Halloween’s answer to the Christmas Yule Log: a 24/7 streaming jack-o’-lantern providing the perfect ambience for all your Halloween festivities. Fan favorites The Ghoul Log and Return of the Ghoul Log are back, along with a spooky new edition for 2020.

THE CLEANSING HOUR — October 8
Max and Drew are millennial entrepreneurs who’ve made themselves famous with a webcast they created called “The Cleansing Hour,” which streams live exorcisms. The catch? Each ceremony is elaborately staged to look real in order to dupe their global audience—until today, when today’s subject, Drew’s fiancé, actually turns out to be possessed. Starring Ryan Guzman, Kyle Gallner, Alix Angelis. Directed by Damien LeVeck. A SHUDDER ORIGINAL. (Also available on Shudder Canada, Shudder UK and Shudder ANZ)

THE MORTUARY COLLECTION — October 15
A young drifter applies for a job at the local mortuary and meets an eccentric mortician who chronicles the strange history of the town through a series of twisted tales, each more terrifying than the last. Starring Clancy Brown, Caitlin Custer, Barak Hardley, Christine Kilmer and Jacob Elordi. Directed by Ryan Spindell. A SHUDDER ORIGINAL. (Also available on Shudder Canada, Shudder UK and Shudder ANZ)

They Really Did Save The Best For Last Though

JOE BOB HALLOWEEN 2020 SPECIAL (working title) — October 23 at 9pm ET
In what has become an annual tradition, iconic horror host and exploitation movie expert Joe Bob Briggs returns with a special The Last Drive-In double feature just in time for Halloween, premiering live on the Shudder TV feed. You’ll have to tune in to find out what movies Joe Bob has selected, but you can count on something scary and perfect for the season.

MAY THE DEVIL TAKE YOU TOO — October 29
Timo Tjahjanto has made a name for himself as one of the world’s most exciting horror directors, with standout segments in anthology films The ABCs of Death and V/H/S/ 2, and features like supernatural thrill ride May the Devil Take You and action extravaganza The Night Comes for Us. Now Tjahjanto returns with a sequel to his unforgettable 2018 hit. Two years after escaping from demonic terror, a young woman is still haunted by unnatural visions. The dangers that await her and her friends are increasingly threatening: the figure of darkness rises to take their lives. Starring Chelsea Islan, Widika Sidmore, Baskara Mahendra and Hadijah Shahab. Directed by Timo Tjahjanto. A SHUDDER ORIGINAL. (Also available on Shudder Canada and Shudder UK)

HALLOWEEN HOTLINE — EVERY FRIDAY IN OCTOBER
For the second year in a row, Shudder’s head curator, Samuel Zimmerman, will be offering callers live, personalized picks for what to watch. Movie lovers from around the world are invited to call Sam (via a new number to be announced) every Friday in October from 3-4pm ET and tell him about their mood or taste. From that information, Sam will use his horror knowledge to pick films from Shudder’s vast library custom-suited for them.

So, what do you think of Shudder’s Halloween event? 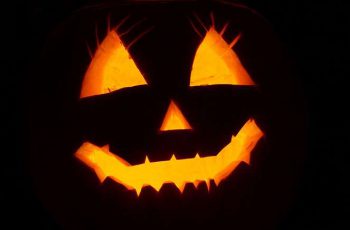 Today’s the big day! It’s Halloween, that means one thing: … 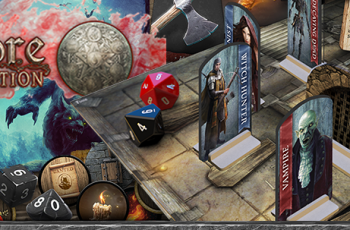 With Folklore the Affliction you can celebrate Halloween everyday with …