Just a few weeks after the SDDC@Home Exclusive Critical Role Funko has been announced, the first full Main Line Funko Collection from Critical Role has been revealed.

Now we mention about 2 months ago that these would probably get released. And the Specialty Series Tricket first showed up on PREVIEWSWorld.

They will also be sold at Target, Wal-Mart, Best Buy, Amazon, and other retailers. They are also for pre-order over on Entertainment Earth. And they will also be available in the US, UK, and AUS Critical Role shops.

All The New Critical Role Pops

Below you can check out the images and descriptions for the new Funkos:

Swagged out with his axe, ale, and Kevdak-commemorative back tattoo, the Grog Strongjaw Pop! is ready to be your buddy on the bookshelf!

The Voice of the Tempest herself is ready to teleport into your home! Our Keyleth Pop! of course bears the Mantle of the Tempest, the Spire of Conflux, and her signature antlers.

Hovering off the shelf using her Blessing of the Everlight, this Pike Trickfoot Pop! grasps her holy symbol, preparing to go into monstah-mode!

You can have Scanlan sitting in the palm of your hand in the palm of his own magical hand… Bring this Scanlan Shorthalt Pop! into your home for some added inspiration.

With his Deathwalker’s Ward wings out and daggers in hand, the Vax’ildan Pop! is ready to throw down for shelf-space.

Introducing Lady Vex’ahlia, Baroness of the Third House of Whitestone and Grand Mistress of the Grey Hunt. Fenthras in hand and blue feather behind her ear, the Vex’ahlia Pop! stands regally daring anyone to a haggling battle.

As for the Specialty Series Trinket, he’s exclusive to smaller stores and hobbies shops. This one will be a limited edition one, so once it sells out, it’s sold out for good.

The good news is there will be a limited stock of Trinket as well in all 3 Critical Role online shops. So if you can’t get him in a store near you, Critical Role has you covered.

And you can see the pictures and description below.

From Vox Machina comes this figure of Trinket Armor in Funko’s fan-favorite style. Standing 3 3/4″ tall, the figure comes in a window box package.

The mainline will be releasing sometime in Late September/Early October, meanwhile the Speciality Series Trinket will be released on November 20th. 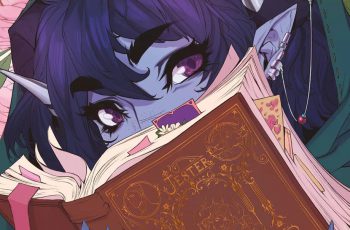 Just announced today by Dark Horse Comics, we are getting … 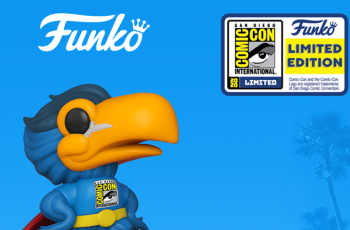 There might not be a SDCC this year to physically …