In previous Dream Setlist articles, we’ve gone through Farewell Tours, Different Singers, and more. This time, we’re focusing on a specific time period that could use some love. Looking at the history of Iron Maiden, we’ve seen tours devoted to Seventh Son Of A Seventh Son era, and the Somewhere Back In Time World Tour. I’m not satisfied by those two tours. Don’t get me wrong, they’ve both awesome in scope and setlist, but I can do better.

Looking at the two albums after the “Synth-Period” for Iron Maiden, you have No Prayer For The Dying and Fear Of The Dark. Looking at recent Iron Maiden history (2000-Now), these two albums don’t really have some coverage. You get to hear “Fear of the Dark” at every Iron Maiden show you go to, but what if we restricted the setlist to those four albums, plus a couple select hits. So we’re going to roll with the No Prayer For The Dark World Tour.

I’m not hopping in a time machine for this one. In this hypothetical world, Iron Maiden is hopping into this setlist right after the Legacy Of The Beast tour. Hopefully we get a new album soon, but this’ll have to do for now! As for limits on songs, we’re going to try to include some crowd favorites from outside the time period selected, but it won’t be many. We’re also going to spread the love between the four albums highlighted here. Let’s get to the show.

So like I said above, I’d like to spread out the love between these four albums (Somewhere In Time, Seventh Son Of A Seventh Son, No Prayer For The Dying, Fear Of The Dark). Being an Iron Maiden show, some people are going to go and not know many of these songs. So for those people, they’re getting three classic songs outside of this time period. The set is going to be twenty songs, which fits well into the varying setlist sizes that Maiden has played throughout their career. Also on setlist length, a lot of these songs are on the shorter side, so we get more songs.

This One Took Longer Than Others To Craft

I started off with this setlist after watching some live videos of Iron Maiden’s shows from the Maiden England tour in 2012 and from their performance at Download Fest on the A Matter Of Life And Death Tour in 2007. Now how did I get to a tour focusing on these four albums? Well, No Prayer For The Dying might be the worst rated Iron Maiden album from a consensus of sources, including me, it still has some solid songs on it. It’s just a different type of Iron Maiden.

The first half of that album is really solid. So including most of those songs was pretty easy to pick. On the Maiden England tour, the band brought back out “Seventh Son Of A Seventh Son” and a couple other songs they hadn’t played in ages. This tour is a celebration of that album’s story and this era of Maiden in general.

“Only The Good Die Young”

That’s why the weird inclusion of “Only The Good Die Young” is near the end of the main set. It’s a beautiful beginning and end to the Seventh Son album with “Seven deadly sins, seven ways to win, seven holy paths to hell, and your trip begins. Seven downward slopes, seven bloodied hopes, seven are your burning fires, seven your desires…”. I wanted to maintain that effect on this setlist. Yes, “The Evil That Men Do” is in the encore, but that song works so well in that slot of the set, I couldn’t move it.

The Somewhere In Time Songs

Somewhere In Time is a strange Iron Maiden album to put on a setlist. It’s my highest rated Maiden album from Iron Maiden-A-Thon but the songs don’t translate as well to live performances. I picked two songs that Iron Maiden hasn’t played in ages (“Caught Somewhere In Time”, “Stranger In A Strange Land”), one they’ve never played live (“Alexander The Great”), and one song that is perfect for playing live (“Heaven Can Wait”). I didn’t however, include “Wasted Years”. That was a hard one to cut for me, because it’s such a classic part of Iron Maiden history and definitely was on the “Best of the Rest” for this setlist.

No Prayer For The Dying Actually Makes A Showing

I wasn’t joking when I said that No Prayer was going to make a showing here. The only song that I was weary of leaving off was “Tailgunner”. The rest of the songs are the absolute best that album has to offer. It’s not the most popular Iron Maiden song, but as an encore song, it fits the mold of a crowd-sing-a-long tune. The extended version that they played above during the Give Me Ed…Till I’m Dead Tour is perfect to showcase this. The song, while being pretty silly, is a killer tune to get the crowd interacting and introducing the band.

Fear Of The Dark Closes The Show

Iron Maiden hasn’t gone with a normal showcloser for their past two tours. They closed The Book Of Souls Tour shows with “Wasted Years” and The Legacy Of The Beast Tour with “Run To The Hills”. This time around, we’re going to experiment with arguably the most successful and longest lasting song from this era, “Fear Of The Dark”. Iron Maiden usually closes with something like “Running Free”, “Hallowed Be Thy Name”, or “Sanctuary”. I think “Fear Of The Dark” would be a fine closing song, and you’d definitely send the fans home happy with it.

Final Thoughts On The No Prayer For The Dark Tour Setlist

I was incredibly surprised at how well all these songs fit together. They flowed nicely, and while it’s not a setlist that Iron Maiden would play in a million years, it gives some of these songs hope for being brought out of the dust that they’ve been sitting in. Give this one a listen, make a playlist of it on your phone or YouTube, and let me know what you think! It’s always an interesting thought experiment to make these Dream Setlists. If you have an idea for one, let me know in the comments!

You can check out the album by album reviews of Iron Maiden-A-Thon right here.

You can also check out Judas Priest-A-Thon right here! 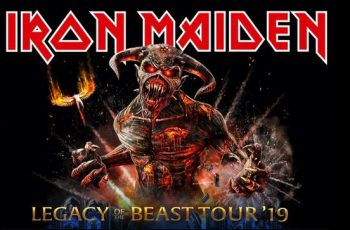 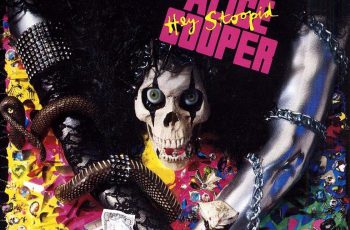 Alice Cooper is a living legend of rock and roll …