Check out the start of THS Fright-A-Thon right here!

Where The Babysitter: Killer Queen Begins

The film begins 2 years after the evens of The Babysitter. Cole (Judah Lewis) is now in High School where everyone (including his parents) thinks he’s crazy. I can’t say I blame them. All he does is go on and on about how he escaped a murderous blood cult. And that his babysitter, Bea, disappeared into the ether. You’d assume his bestie, Melanie (Emily Alyn Lind) would help a dude out, but nope. Even she pretends to “not remember”. She says that Cole should just focus on the “happy memories” of the night, ie the kissing.

As his parents are ready to sneak attack Cole and put him into an asylum, Melanie convinced Cole to ditch and come to the boathouse for the weekend where SPOILER ALERT we find out Melanie is a backstabbing, emotional manipulator, and signed her name to the Demon Book. Now, she’s ready to murder Cole in order to become, wait for it…an influencer!

The Babysitter: Killer Queen Is Hyper Aware Of Itself

The Babysitter: Killer Queen, is one big weed induced fever dream. The film is fully aware of itself and I loved it. Some of my favorite moments involve the overuse of blood – seriously, they were just throwing buckets – the creative deaths, practical effects, the hilarious jokes! There’s also a really fun, and creative dance montage with not so subtle COLE IS HAVING SEX undertones.

I loved that we got the backstory of these fantastic characters. In the original, The Babysitter all we knew is they were a blood cult that needed to mix the blood of the sacrifice with the blood of the innocent in order to achieve their dreams. In The Babysitter: Killer Queen we end up learning just what those dreams are – and let me tell you, they all track.

A Very Decent Horror Sequel At The Heart Of It All

Something I wish we got more of was Bea. Now, I understand Samara Weaving has had a HUGE couple of years. If you haven’t been paying attention the girl has been WORKING filming multiple TV Shows (SMILF/Hollywood), and movies – if you haven’t seen Ready or Not fix that! So, as disappointing as it is that her performance in the film seems like a glorified cameo, I do appreciate that she was there at all and we even got her backstory of how she became the Devils right hand Demon.

One of the biggest complaints I’ve seen is that The Babysitter: Killer Queen is just a copy and paste remake of the original. Now, I won’t say that this complaint is wrong, but I will say SO WHAT! Has anyone ever watched a horror sequel in their life? Some of the biggest horror franchises are pure copy and paste with maybe a couple of new characters thrown in. Get off your horror high horse and enjoy the ride!

Sit on your couch, eat your popcorn, and enjoy The Babysitter: Killer Queen. It really is just good, dumb fun! 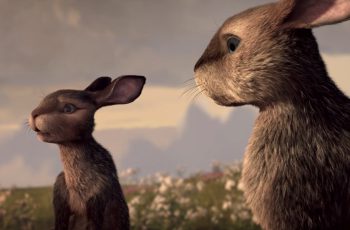 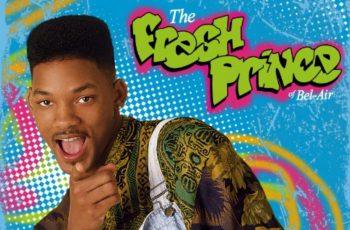 Aspiring filmmaker Morgan Cooper and Hollywood mogul Will Smith are …