Rejoice Overwatch fans for the fastest character from Team Overwatch leads her own 5 part series! New from Dark Horse Comics, Tracer stars in her own title available now digitally at digital.darkhorse.com. Titled Overwatch: Tracer – London Calling, this series follows Tracer and her need to find her place post Petras Act. The press release from Dark Horse reads as such:

Tracer’s time as an Overwatch agent is up. Five years after the ratification of the Petras Act, she now tends to small-scale crimes as a part-time hero. But when a punk-rock omnic named Iggy shows Tracer the dire living conditions that have been forced upon London’s omnics, Tracer becomes determined to help in any way possible—even if it puts her back in the crosshairs.

The artwork looks great, and it gives a light hearted feel to the title. Then again what else can one expect from Tracer. The first issue does a great job creating a sympathetic Omnic and draws us into their reality. How she handles the adversities ahead should make for a great story, but it also does a fantastic job giving us her trademark moves and signature lines from the game.

Speaking of game, get ready because on Sept 15th Comic Tracer comes to the game!

Alongside the London Calling comic series, Overwatch is hosting the Tracer Comic Challenge. Players can earn a brand-new epic skin, Comic Book Tracer, and other cosmetic goodies by winning games of Overwatch beginning tomorrow Sept. 15 – Sept. 28. The skin features original art from the London Calling comic book issue. A variety of comic book themed sprays can be earned by watching Overwatch streamers on Twitch during the same period.

Start reading the comic now and enjoy the add-ons to game play. If you enjoy the title and want it in print you may have to wait awhile. The print copy will not hit comic stores until Dec 2nd, and both Digital and print copies will drop 1 issue per month for 5 issues, so check it out now, and as Tracer would say – Cheers Love!

So what do you think of the new Tracer comic? 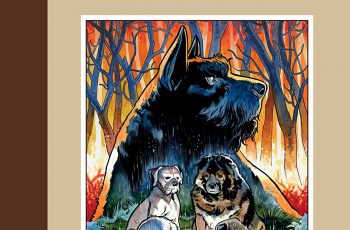 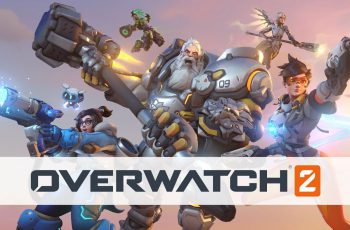 At their annual Blizzcon event in beautiful Irvine, CA, Blizzard …