AEW Games is now a thing. Today’s announcement had three new games announced. One from developer Yuke’s, and two mobile games. The first was AEW Elite GM. It sounds pretty straightforward, it’s a game where you play as the GM of the AEW roster. If you loved the GM mode from the WWE Smackdown vs. Raw games, this is for you. That game is coming from Crystallized Games.

The second mobile game announced was a little strange. It’s called AEW Double or Nothing. That’s not what you think it is though. The game is actually a casino style game from KamaGames. It’s going to have casino style games like blackjack, poker, roulette, and slots. It’s a bit strange, but a mobile game with all those casino games in it, could be interesting.

The finale was the announcement that we’ve all really been waiting for. As long as AEW has been a thing, we’ve wanted a video game. Kenny Omega, Aubrey Edwards, Dr. Britt Baker, and Cody Rhodes all helped with the “keynote” show. Dressed as versions of Steve Jobs, we got the biggest announcement. Hideyuki “Geta” Iwashita, now an honorary member of the AEW roster was the surprise of the night. The mastermind behind the best wrestling games for the N64 era, WWF No Mercy, showed up during the event.

AEW Casino: Double Or Nothing releases this winter. AEW Elite GM releases early next year in 2021. Finally, we didn’t get a concrete date for the AEW console game, but it will be releasing for current generation consoles and next-gen.

For people who are unhappy with 2K Games WWE games, this is a breath of fresh air. In anything, whether it’s wrestling or wrestling video games, competition is great. So now we have some competition for 2K to get back to a level of quality that they were at before. 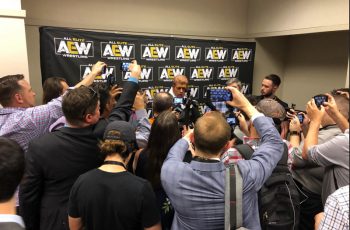 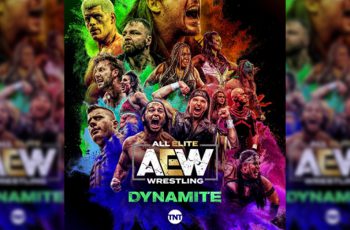