The Mandalorian Chapter 12: The Siege Review

WARNING: SPOILERS LIE AHEAD FOR CHAPTER 12 OF THE MANDALORIAN, IF YOU HAVEN’T WATCHED THE EPISODE, GO BACK AND WATCH IT!

Where something feels familiar, it also feels different. That’s the name of the game with The Mandalorian. The first season felt very much like Star Wars, but also felt incredibly different and new. While we’re in the second season of the show, Chapter 12 brings us familiar characters in different roles. Greef Karga and Cara Dune are both back in this episode to help Mando along in his quest. Dune is now a Marshal and Karga is the leader of the small settlement that we left them at.

What was once a horrible den of scum and villainy like Mos Eisley, is now a vibrant settlement. We get to see The Child in school alongside other children for the first time. Mythrol (Horatio Sanz) is even a comical return from a season one character. Where the first season fit the serialized single-episode format, that might be wearing a bit thin this time around. You can read more about some of these criticisms for “The Side-Quest-A-Lorian” here. We get to a new/old planet, Mando meets the friend, and then we go off on the quest that’s blocking the main goal of getting The Child back to it’s kind.

Too bad this episode bucks that trend when you hit the mid-point. For the people who wanted to see the show continue the trend of not really having universe altering ramifications, you’re out of luck. For those looking for subtle hints at where we’re going in the future, this was for you.

The Stormtroopers in Chapter 12 are still slightly useless and more like target practice. But for whatever reason when you combine them with a lava field about to blow, they become more menacing. The early parts of the episode are dwarfed by the entire main section in the Imperial base. It’s tense, but the great writing shines through. With things that seem like small jokes actually making sense later on in the episode. Mythril goes from a one-note comic part to something that actually means something by the end of the episode.

It’s just non-stop from the around third of the way through all the way to the end. You get action with Stormtroopers, lava, speeder-bikes, stolen Imperial vehicles, and a mystery that might tell us who The Child really is. It’s just one Imperial storyline blockage after another. It goes from the speeder-bikes to TIE Fighters in a canyon. It all culminates in a thrilling section with The Razorcrest alive and well again. Mando is a hell of a pilot and it shows in the final section of the episode.

Love or hate the person behind Cara Dune, her character in this episode is fantastic. She leads the action in some points, and you get a bit more of her story through the end of the Chapter.

Carl Weathers Shows His Range As An Actor And Director

It’s no question why the episode worked so well with Greef Karga leading the charge alongside Mythril, Mando, and Cara, because Weathers was directing the show! Karga is one of my favorite characters from The Mandalorian because he shows so much growth through the series. At first, he’s simply a criminal looking for money. Then he betrays Mando and we see him as an enemy. Only after the course of the show has he fully metamorphized into the character we have today.

It’s a real testament to the acting and writing of the show that we can see such a growth among a character that isn’t our protagonist.

Where We Go From Here And Forward On The Mandalorian

That episode ended on a real tease. What were these Terminator/Borg looking things? Who knows, but Moff Gideon is sure proud of them. If I had money to bet, I wouldn’t know where to put it. There’s also the big question of what the Empire actually wants with The Child. We got some looks at what look to be failed Clones in the mid-section of the episode. But honestly, who knows where Jon Favreau is taking us with this plotline.

If you take a look at the director and writer for the next episode, Favreau is not writing it. It’s The Clone Wars alum, Dave Filoni. He’s also directing it. Everyone knew that Mando would get sidetracked and we wouldn’t be meeting Ahsoka Tano right away after Bo-Katan named dropped her in the previous episode. I’m pretty sure that we’re going to meet the long-awaited character in Chapter 13.

The show’s narrative is tightening. We’re getting drip-fed small details that are likely to become bigger points later on. it’s a fantastic process that helps drive anticipation for the episodes. This one was no different.

Bucking Trends Of Staying On The Side-Quest Track

We got so many different “side-quest” episodes, which makes this one all the more meaningful. We got lulled into a sense of security and then bam, it’s not anymore. This is big, and series-changing at points. The episode was filled with high-quality action, and even higher-quality plot points. We might be in store for another huge character in the next episode, and I, like the rest of you, cannot wait to see Ahsoka Tano in live-action.

Chapter 12 was a fantastic episode that continued everything that we know and love about The Mandalorian.

For more on The Mandalorian, Disney+, Star Wars, or any other general pop culture, make sure to check back to That Hashtag Show. 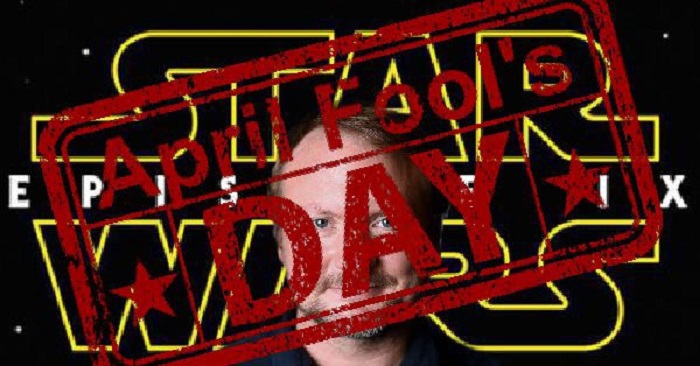