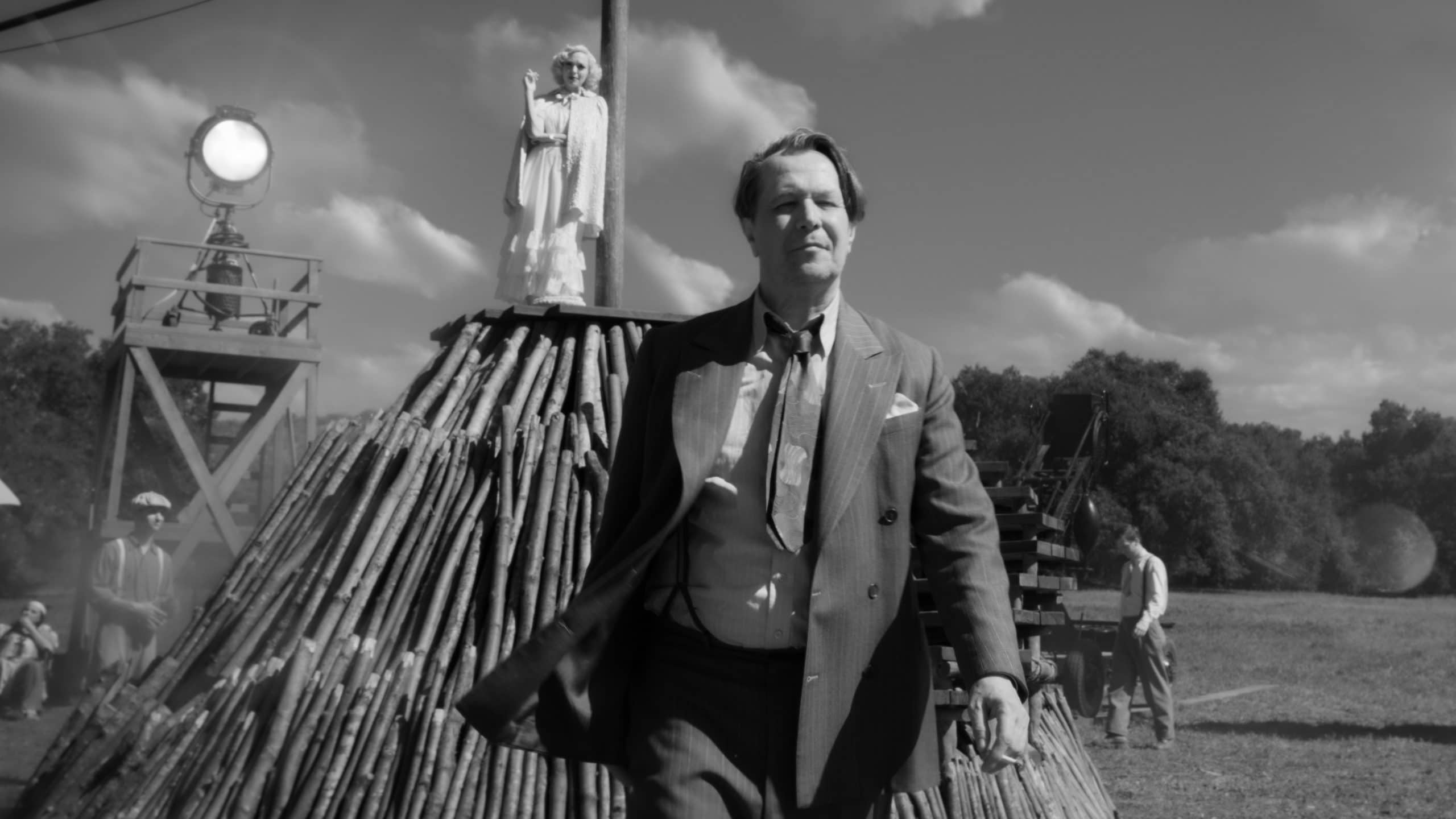 Let me preface this by saying I believe Gary Oldman is a god, incapable of wrongdoing. Now, to give a fair and balanced review of Mank!

David Fincher presents, in a way that only he and few others could, the story of legendary screenwriter Herman J. Mankiewicz (AKA Mank) and his struggle to complete the screenplay for Citizen Kane in a mere 60 days at a retreat outside of Victorville, CA in the late 1930s.

Never fear! In brilliantly constructed back and forth between Mank’s “present” interactions with his nurse Fräulein Frieda (Monika Gossman) and his assistant Rita Alexander (Lily Collins), to his Hollywood life of the early 1930s, Mank manages to tell parallel stories of one man in two seemingly different lifetimes; the Hollywood mover and shaker verses the washed up “has-been.”

We witness the ebbs and flows of Mank’s friendships and rivalries within the studio system of Golden Age Hollywood, all presented in a format mimicking the gossamer film reels of yesteryear that they produced. The audience is DeLoreaned back in time and plopped right in the middle of the pre-WWII entertainment arms race between the likes of Paramount, Warner Bros. and Universal, when glamourous actresses like Marion Davies (played by Amanda Seyfried) were contracted to work with only one studio.

We see the political struggles between the studio head “haves” verses the artistic bourgeoisie of the creators that work for them, being pulled two directions between the grand old Republicanism of the wealthy and the allure of more socialist agendas being hocked to the “have-nots” (Sound somewhat familiar?) for which Mank himself sympathizes. Many of these conflicts are deliciously illustrated in several flashbacks to dinner parties at Hearst Castle, filled with wonderfully wry dialogue.

Parties, of course, hosted by none other than William Randolph Hearst himself (immaculately played by Charles Dance) and highlighting Mank’s uncomfortable, occasional alliances with bigwigs such as MGM Studio Head Louis B. Mayer (played by veteran Arliss Howard).

All of this serves to inform the current struggle that Mank faces. Bedridden with a broken leg and being supervised by John Houseman (Sam Troughton) to keep him away from the drink on a so-called “dry” ranch, Mank wrestles one of his final bouts with glory. He has been handpicked by a young Orson Welles (Tom Burke) to pen what, unbeknownst to them, would eventually come to be known as one of, if not the greatest film of all time. Of course, by the time Mank finishes his opus, near the end of the film (is it a spoiler if it’s an historical element?), he knows.

Who Is This Movie For?

That’s a good question. One I cannot readily answer. I can only provide you information and my own impression, which you must then use to decide for yourself.

Is Mank good? To be sure! With the powerhouse delivery of Oldman and featuring high caliber performances from the rest of the star-studded cast (including a surprise cameo by Bill Nye… and no, it is not Bill Nighy) Mank certainly delivers on the acting front.

Fincher’s feature teeters on the triple edge of theatre, drama and farcical caricature of the Depression era films that it seeks to emulate. But if you grew up watching old Zorro reruns on the Disney channel, like I did, the look and feel, from the visuals to the dialogue, will be familiar to you.

If you’re looking for a popcorn flick that you can have on in the background while you play Among Us on your phone, save Mank for another night. The best pairing for this would be a nice charcuterie and (ironically, perhaps) a glass of scotch or bourbon on the rocks. As the story’s setting takes place in the echelons of the who’s who of 1930’s Hollywood; food, drink and smoke are all in excess, and got me jonesing for a glass of the good stuff. Though one of the thrusts of the story, in the end, is the dangerous consequences of Herman’s severe alcoholism and possible depression.

What Should I Know, Going In?

Well, kind of a lot. If you have no familiarity with the politics of Golden Age Hollywood, or the political landscape of the United States in the 1930s, you may be a bit lost in the details of the character conflicts and developments. In addition, if you have never seen Citizen Kane, or at the very least aren’t familiar with the film, you could be left scratching your head, at times.

As a guy who is more than happy to go back and watch classic films from Hollywood’s Golden Age, the nostalgic style of Mank was a welcome treat. Fincher goes heavy handed on the film style of the 1930s on everything from the entire picture (pronounced “pic-tcha”) being in black and white, to lighting cues, camera angles, scene transitions, and the language and style of the actors’ performances. Yet, as a modern cinema consumer, it will not present as completely alien, as the benefits of modern filmmaking streamline what would otherwise be a direct-transfer of the often-times (by modern standards) clunky pacing of classic movies.

The trailers make Mank seem more, I don’t know, action-packed, I guess? While the drama is delivered in the heightened style of the cinematic era (perhaps also what the trailers were attempting to mimic), the two-hour piece is by no means a thriller. It does roller coast a bit, and features some outstanding performances by Oldman (as always), but it still brings you down to the quiet-yet-contentious moments of drama, in which Oldman also delivers. Every scene Oldman is in, which is most of them, is filled with perfect disposition of wry one-liners and soliloquys that still manage to package emotion, sympathy, and ire.

All in all, as a consumer of cinema, again I pose the question: is Mank good? And again, I say: to be sure! Beautiful storytelling, spectacular acting, and a stylization that checks all my boxes. Objectively, it is a well-done film in most if not all respects. Will you like Mank? Well that is entirely subjective. But if you are a fan of the aforementioned qualities, then I’d say you’re in for a hell of a show!

Mank released in select theaters November 13, and will be streaming on Netflix starting December 4. 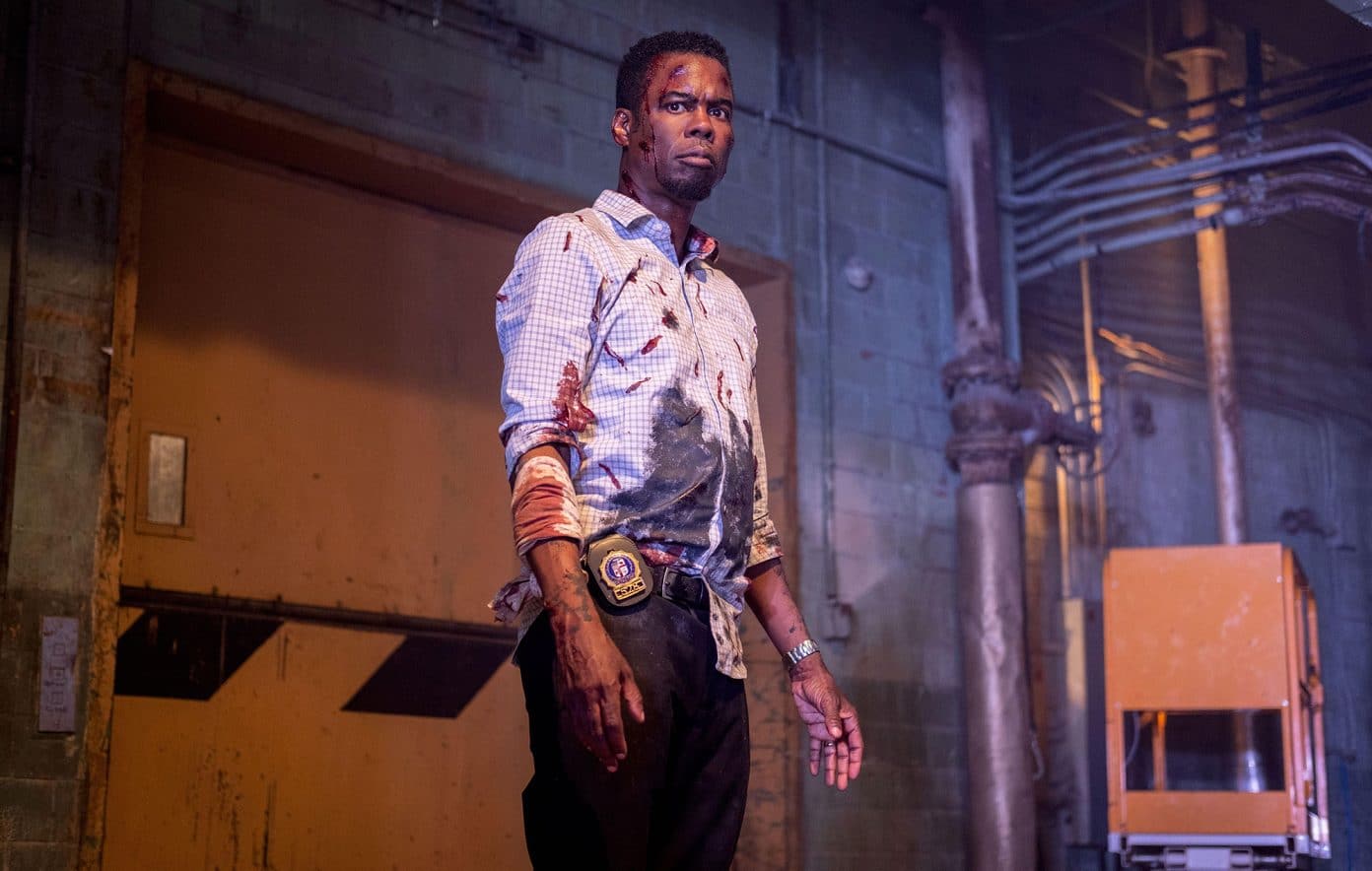 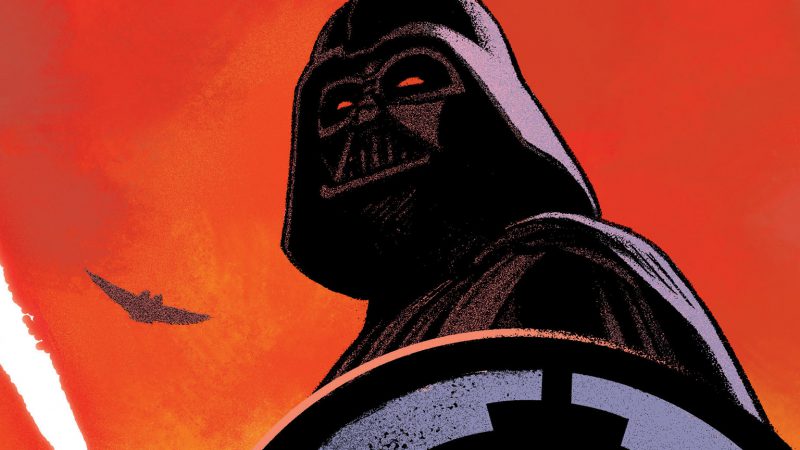 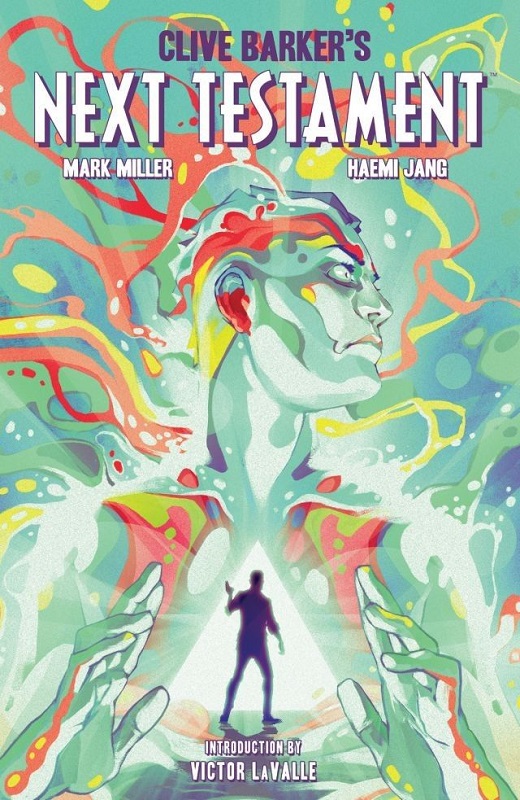 STAR WARS is Getting a Big Screen Break