The third season or part of Disenchantment has debuted on Netflix with a lackluster 3rd outing. I’m not saying this season is outright bad but to paraphrase Monty Python: “It got turned into a newt and didn’t get better”

Each episode has its standard sight gags and one-liners but for me, this third installment tried too much on moving characters around, and rather than twisting things together they felt more apart. To start, Bean was burned at the stake only to be saved by her maniacal, Machiavellian mother who now has a whole society of Trogs living in the bowels of Dreamland at her beck and call.

All the while Odval puts her inept stepbrother Derek on the throne and uses him as a puppet to turn Dreamland into a theocracy rather than a monarchy. Luckily his mom shows up in time to help guide the young king and help her ex-husband after being buried alive.

Lots Of Actions Happening All At Once

Did I mention that King Zog was buried alive and now suffers PTSD. Oh yeah, that happened too. I hope someone gave John Dimaggio a lot of tea with honey after the strenuous vocal grunts and garbles he had to endure to portray his psychologically fractured father figure. I was waiting for Schnitzel to show up. Eventually, he does reclaim his throne and pulls the strings in more ways than one.

Elfo is still looking for the reason for his existence, and yet again, finds another lady to distract himself from Princess Bean. Lucy the Demon even gets a rival for an episode with a talking cat! Then we get a stunning plot twist for Lucy!

The trio does eventually make it to Steamland. A steampunk society ran by Alva, voiced by Richard Ayoade. He does make a proposal to form an alliance and combine magic with science. Then the Circus shows up and there are two episodes wasted on sideshow characters with the underlying tone of connection.

So Should We Watch Disenchantment Part Three?

If you are already invested in Disenchantment, then yes, by all means! For me, the ONLY saving grace is the fantastic voice cast. Aside from that, this season falls short on many levels. While trying to develop characters you lose the plot. While expanding the lore and world, you stretch it a bit thin and make some of the plot devices contrite. Yes, the characters do change but after watching two seasons the show does the same thing it did before.

If you have a lazy Sunday then take the five hours and watch it. This show has to be binged because if you stop and go you’ll forget what just happened. I tried to convey that this article much like part three was all over the place.

Did you enjoy it? We would love to hear your thoughts in the comments below or head on over to our THS FACEBOOK and make sure to follow me at OFF THE CUFF GAMING on Facebook and YouTube. Keep up with ThatHashtagShow.com for everything trending “in Geek Pop Culture” 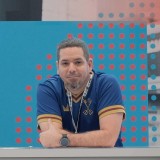 I actually think Part 3 did live up, Elfo didn’t find his meaning because I kinda feel he’s more of a realistic character. Finding meaning isn’t something you can do easily, Maybe since they took Elfo back to the (What i’m going to say is his mother because well it’s painfully obvious.) Ogre queen he will find meaning to his life, Possibly in part 4. Idk. So many action at once, yes I agree. I’m still getting over Pendergast and Lucy, and Still kinda crying from Zog’s heart breaking speech. But it defiantly lived up, it left more cliffhangers than it sealed. my score would be a 9/10 and i’m just a casual watcher of it.

While I agree this season wasn’t as homogeneous as the first two, I do think it’s doing a lot if heavy lifting to set up the next few seasons! I still have a couple episodes left, btw.

Another good example (If it hasn’t gotten cancelled) is The Order. The final season was setting up the next few seasons for something great, but unfortunately this type of season is a huge gamble and that show lost.

I’m trying to re-watch it to see if I can make any damn sense out of it. That’s truly all over the place and kind of sad.

still love dreamland and disenchantment. do,not understand what takes a year to make 5 hours of programming…