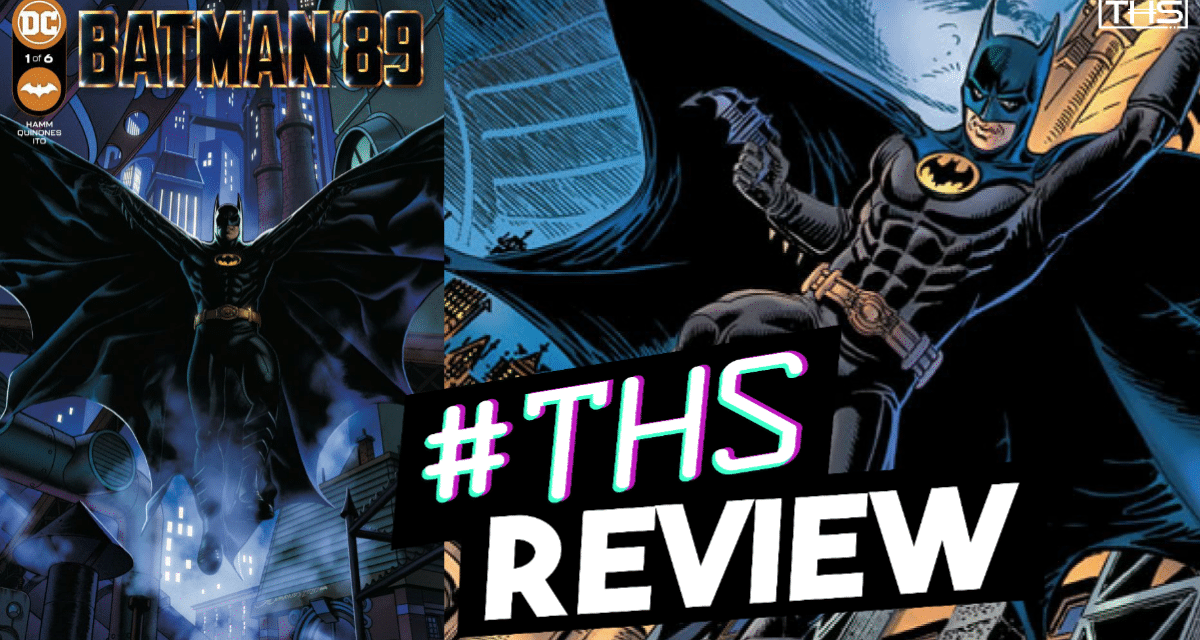 This week from DC Comics we get the first in a six part series that takes us way back to, well, 1989. George H.W. Bush became president. Elizabeth Olsen was born. Lucille Ball, Mel Blanc, and Betty Davis died. The San Francisco 49ers led the NFL, and the number one movie that year was a spectacle the likes of which no one had ever seen before. Tim Burton took Batman in a whole new direction as he squared off against Jack Nicholson’s Joker. Batman 89 takes us back to to an Elseworld where Michael Keaton ruled the rooftops and Harvey Dent was none other than Me Suave, Billy Dee Williams.

These Batman covers take us back to the hay days, of Burton’s Batman, especially the main cover. The main cover uses the trademark pose of Michael Keaton’s Batman leaping off a roof with his signature cape spread wide. For those not familiar with the 89 Batman, this new look changed everything about not only Batman, but superheroes in general. The age old spandex suits went out the window and the new rubber/armor looks took over. This also took Batman from the trademark blue and gray to all black. The comics would adapt to the overwhelming popularity of the look post Knightfall, Knightsend story.

The B cover honestly does not look very professional. The Batman doesn’t look very linear, nor is the pose very realistic. The one big plus to Cover B is the background. It showcases Billy Dee Williams as Harvey Dent. Williams, most known for his role of Lando Calrissian in Star Wars, portrayed Dent in the first two movies. Dent did not appear in Batman Returns, but when the character came front and center in Batman Forever, Dent was not to be seen. This most likely had to do with the creative shake-up with Burton out. Fans always wanted to see Williams return for the role.

The art inside look good, but I don’t think it really captures the universe Burton created. In the Batsuit, you definitely see Keaton’s trademark mouth, but out of the suit it really does not look like Keaton. Alfred kinda looks like Michael Gough, but barely. The best is Dent. The art team does a good job capturing the feel of Williams. Again, the art inside is not bad. It just doesn’t quite capture the dark, 1989 feel that was so uniquely Burton.

Issue 1 is basically Dent’s story. It focuses on William’s Dent for most of the issue. In the movie, Dent makes a couple of snide remarks about “the vigilante known as Batman”. He laughs it off and fails to take the appearance of the new masked vigilante seriously. In this issue, Dent seems to have a vendetta against Batman already. He wants to take down not only Batman, but Gordon if need be. Ironically, he tries to enlist the help of Bruce Wayne to do it.

In another odd change of story, Dent becomes engaged to Barbara Gordon (yes the future Batgirl). This change seems really out of place. The age gap between the two is huge, but in this storyline, Barbara is actual cop, sergeant in fact. She may not be the teens/early twenties girl we usually think of her as. I don’t know that I am too fond of this retcon. It feels too out of place.

Speaking of retconning. A certain boy wonder also appears in this issue. Batman chases down a criminal who flees a store. It turns out the thief is nothing more than a young man stealing diapers and food for his baby. Before Batman can find any answers, a voice calls out to him from the balcony. When he foolishly rushes out to help the person, a person in a black cape with a yellow interior and mask easily dispatches Batman and throws him over the side of the fire escape. This new vigilante slaps $8 in the thief’s hand and takes off. Batman gets distracted by some approaching cops and cannot pursue.

This whole scene felt really stupid. Batman would not so easily fall for such a ploy, and there is no way in hell any boy could beat him and throw him over the fire escape the way this kid did. Given the colors, the set up and the fact Robin is pictured on Cover C we know it is him, but this does not feel like Dick Grayson. If anything it feels more like something Jason Tod would do. I also fail to see how this really fits into the Tim Burton universe. Between Barbara and this Robin wannabe, it feels like writers are trying to shoehorn in as much as they can into this six part story. That generally doesn’t come off the greatest.

Don’t get me wrong. This is a good comic so far, but it falls flat in several areas. It feels much like the 89 version. It’s a good interpretation of someone who knows of Batman, but fails to capture either Batman’s true nature or the feel of the 89 Burton classic. We will see where it goes from here. 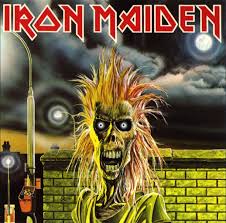 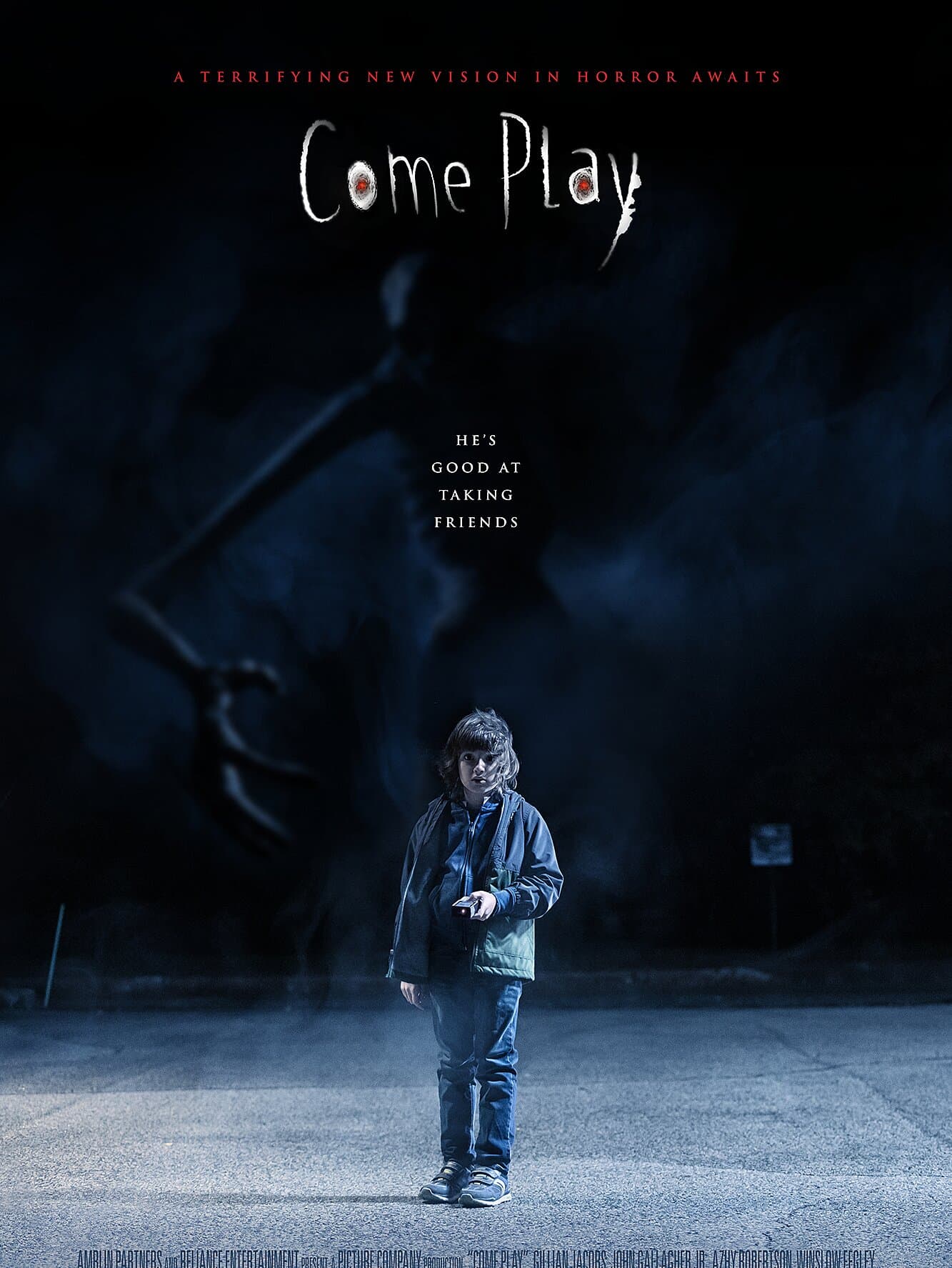 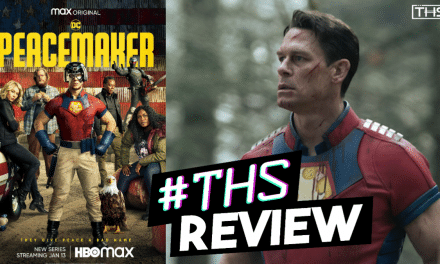 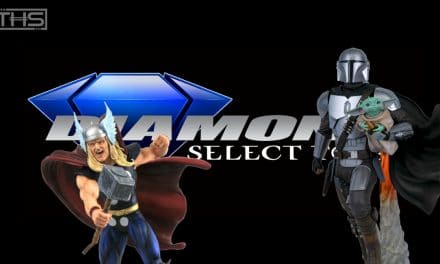