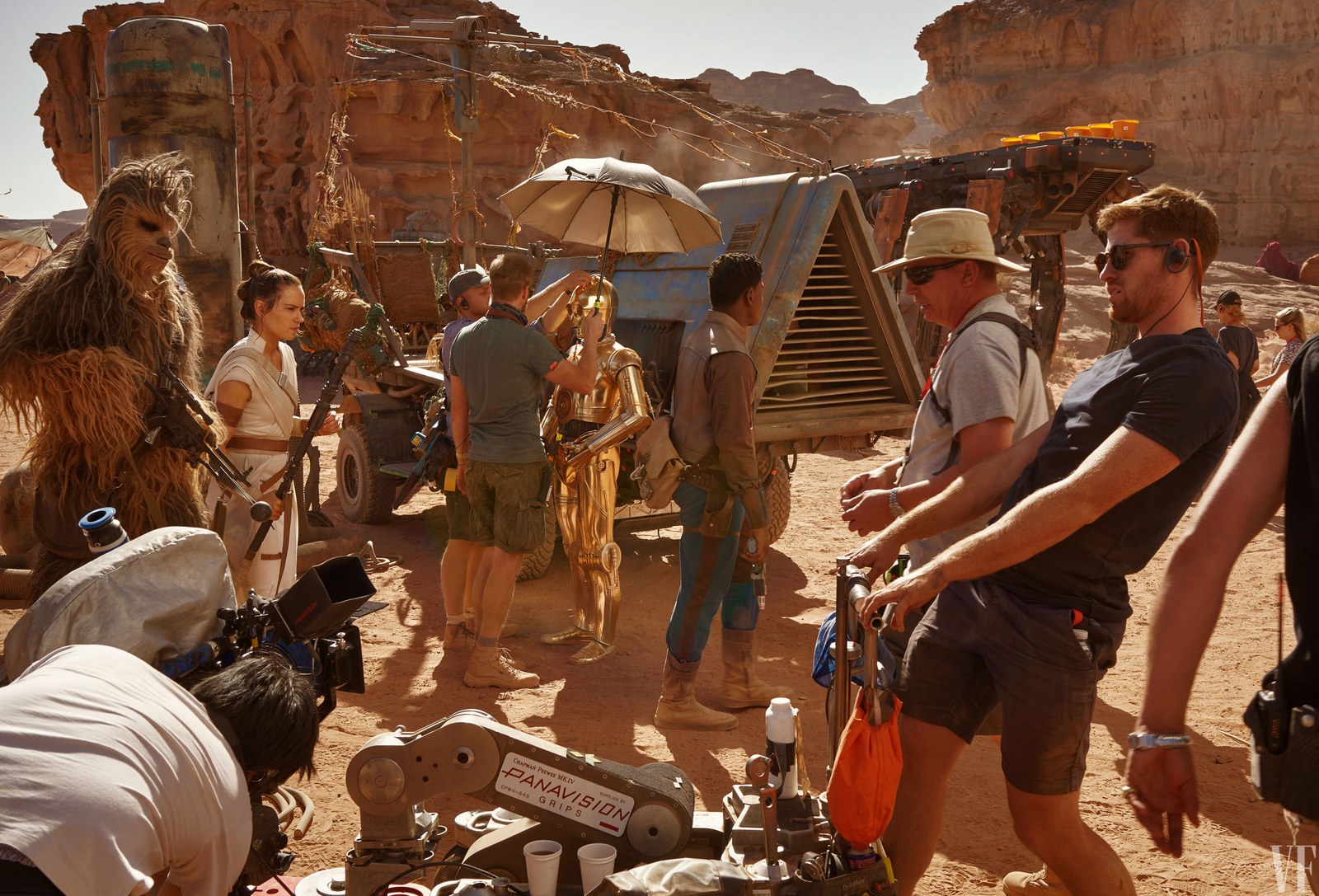 Director J.J. Abrams has said many times now that Star Wars: Episode IX will tie all eras of the Star Wars saga together. We already have plenty of confirmation or hints to that effect, as well. There’s lots of talk about Natalie Portman coming back as Padmé Amidala. More obviously, Billy Dee Williams returns to reprise his original trilogy role of Land Calrissian. Photographer Annie Liebowitz may have revealed another tie to an earlier Star Wars era as well in a recent Rise of Skywalker photograph.

Vanity Fair set the Internet ablaze with Star Wars chatter earlier this week with a behind-the-scenes cover story about The Rise of Skywalker. One particular Rise of Skywalker photograph confirms the arrival (finally!) of the Knights of Ren in more than just a Force vision. Eagle-eyed Reddit user Ultimastar, however, noticed something oddly familiar about the photo. One of the Knights of Ren is wielding a weapon we’ve seen before.

Does Rise of Skywalker Photograph link Episode IX to Solo?

Look closely at the axe-like weapon in the upper right of the Knights of Ren photo above. Recognize it? You should. It, or a weapon remarkably similar, appeared in Solo: A Star Wars Story. As you can see in the Reddit user’s photo below, the weapon was among Dryden Vos’s artifact collection together with a set of Mandalorian-appearing armor.

Now, normally I would say that movie props are often reused and re-purposed. Therefore, what we see in this Rise of Skywalker photograph could just be a coincidence. After all, the drink dispensers in the Mos Eisley Cantina were later used for IG-88’s head in The Empire Strikes Back. Likewise, an old Doctor Who spacesuit was famously re-purposed for Bossk.

So this falls into that category, right? Look again.

Though incredibly similar, the props are not the same. So that begs the question: Was this weapon choice a deliberate tie-in to Solo and Crimson Dawn? Or, could the Rise of Skywalker photograph even imply a connection to Darth Maul? He was, after all, the head of Crimson Dawn during the time of Solo. Let’s not forget, the Knights of Ren are rumored to be Sith acolytes. And Maul was, at one point, apprentice to Darth Sidious. And we know he’s returning…. 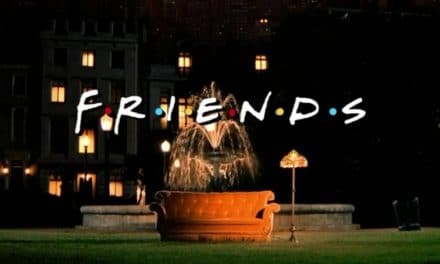 Celebrate Friendsgiving With These Exclusive ‘Friends’ Items From Toynk 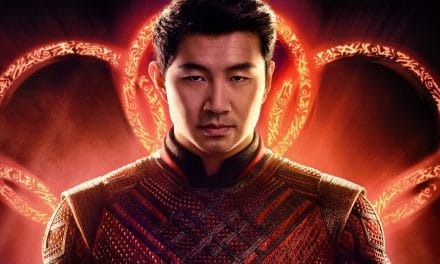