Rumors and speculation remain the Star Wars topics of the day, as there’s not a lot of other news hitting the wires right now. Just yesterday our own Ben Wolf talked about Richard Grant and his audition process for Star Wars Episode IX. Grant hinted that he may be interacting with Daisy Ridley for his scenes. He also seemed to suggest that his role might involve interrogation. That, of course, leads to speculation that he’ll portray a First Order officer. I have a different theory: Grant could very well portray Sinjir Rath Velus.

Will Sinjir Rath Velus Jump From Page To Screen?

For those who don’t know, Chuck Wendig first introduced us to Sinjir Rath Velus in the Aftermath trilogy. He took a lot of slack for doing so, too, as Velus is the first openly gay character (speculation about Threepio and Artoo aside) in Star Wars canon. Like or hate Wendig for his writing style or his politics, that’s your prerogative. For me, however, Velus was an intriguing, complex character that brought a great deal of depth to the Aftermath novels. 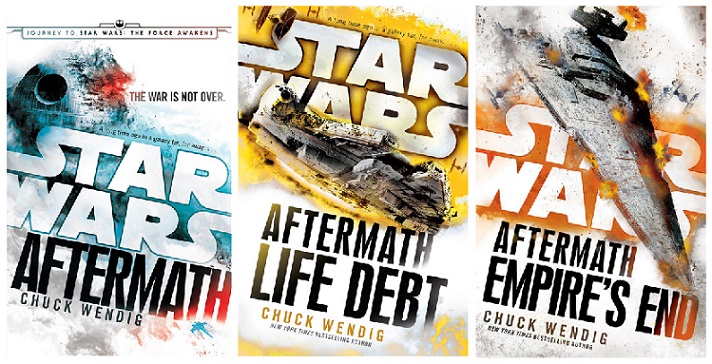 Sinjir Rath Velus was a former Imperial “Loyalty Officer”, akin to an officer of the Empire’s internal affairs. As his title suggests, Velus was charged with ensuring the loyalty of Imperial subordinates. His duties included investigating their allegiance, often through the use of torture. He grew weary of the task though, and eventually defected and turned to alcohol to calm his inner turmoil. Fate then teamed him up with Nora Wexley and her band of Imperial hunters. Eventually he even became part of Mon Mothma’s political staff.

What Role Can Sinjir Rath Velus Play For The Resistance?

An ex-Imperial officer well-versed in interrogation practices and procedures could play a pivotal role for the Resistance as it struggles to rebuild. We’ve reported the rumors that General Hux will betray the First Order. It’s no stretch to bring Sinjir Rath Velus into play to interrogate the turncoat Hux. And based on Velus’s written portrayal, Grant could easily pull the character off. Plus, Velus has a history with Temmin “Snap” Wexley, and Greg Grunberg is confirmed to reprise that role in Episode IX.

Sure this is all speculation and conjecture until Lucasfilm makes an official announcement. But if JJ Abrams is truly looking to tie all eras of Star Wars together in some kind of course correction, introducing Sinjir Rath Velus into live-action Star Wars is a great way to do it.