“Chapter 42: The Man in Black” was stylistically patterned after last season’s “Chapter 20: Tales From The Darkside,” which split the Riverdale cast up into three separate vignettes that loosely connected back to the Black Hood. Only this year, the thread tying each story together is much stronger, even if the content of some adventures isn’t as exciting as the content of others.

Over the course of the episode, Archie (KJ Apa) and Jughead (Cole Sprouse) come upon a nearly-deserted town that’s overrun with fizzle rocks and G&G and learn it’s practically run by Hiram Lodge (Mark Consuelos). Veronica (Camila Mendes) moves out and tries to save La Bonne Nuit, but ends up having to take help from her father to do so. And Betty (Lili Reinhart), who’s trapped with the Sisters of Quiet Mercy, learns that the institution is being haunted by fizzle rocks, the Gargoyle King, and Hiram Lodge. Notice the pattern yet? You’ll get there.

First up to bat what Archie and Jughead’s misadventure in the small town of Athens, which seemed like it was laying the groundwork for a larger story later on rather than presenting anything too interesting at the moment. After being nearly shot to death by two girls for trespassing on their family’s farm – sadly not The Farm that we’ve been waiting to see all season – the boys come up with the undercover names of Cal and Biff. But of course Archie immediately blows said cover in order to tell the lovely Laurie Lake exactly who he is and who he’s running from. Is it any surprise that breaking up with Veronica made him dumber than normal? She had all the brain cells in that relationship. The reason we know he made a dumb choice is because Laurie knows Hiram Lodge, as  he’s in charge of the prison-turned-drug-lab that all the men in town have disappeared to work on. Naturally, she’s willing to do anything to get her father and brother back from Hiram’s clutches – including make out with Archie, listen to him sob about his ex, and then tie him up to wait for the boss.

While Archie was busy regressing to his Season One ways , Jughead was out exploring the ghost town and witnessing the ravages of Lodge’s influence on it. Not much happened before he returned to rescue his best friend from Hiram’s clutches, but the tour of fizzle rock-infested streets that were empty save for young girls playing Gryphons and Gargoyles certainly felt like an eerie premonition. If the Scooby Gang can’t stop the Gargoyle King before it’s too late, Riverdale will look like Athens and none of us will want to watch it. The reason I say it was more of a prologue than a story, though, is because Laurie Lake doesn’t get her father and brother back because she didn’t have an Archie to turn in. Will Archie revisit her plight, or spread out more widely and find a way to take down the prison and Lodge with it? I hope so.

Veronica’s storyline, meanwhile, was much more upbeat for the most part. She moved out of her parents’ home as a statement once her father broke her trust entirely by chasing Archie out of town, so it’s a good thing she had La Bonne Nuit to crash at. Except that her nightclub might crash too, since business hasn’t exactly been booming at either it or the Pops diner. She and Reggie (Charles Melton) tried to plan a casino night alongside business partner Elio, but he turned out to be more of a snake than anyone thought. Thankfully, Veronica’s big move shook her father up enough to make him want to lend her a hand in saving her club. Or did she actually make a big mistake by putting herself in her father’s debt and thus playing right into his hands? Don’t tell me that breaking up with Archie makes her dumb too.

Whichever way you want to look at it, the truth is that Veronica has loftier ideals and more compassion than both of her parents combined yet is still willing to resort to similar tactics as them to achieve her goals. It might be frustrating to watch, especially when she defends her father as “not that bad” only to learn that he very well might have chopped off Sheriff Minetta’s head and hands, but it’s a learning experience that she has to go through to get to the other side. The girl has the heart of a hero, but her family is pulling her in the direction of a villain and she’s got to fight back.

The final and most intense section of “Chapter 42: The Man in Black” was Betty’s time with the Sisters of Quiet Mercy. Aided by her fun but unnecessary voiceover, we were privy to all of Betty’s tricks to try and investigate the Sisters and her roommate Ethel without being found out herself. She had to pretend Gargoyle King inkblots looked like monarch butterflies and throw away her forced fizzle rock medication rather than risk hallucination before finally faking a seizure meant to take her to the infirmary in order to search her medical file. Her Nancy Drew power hour yielded some valuable information, namely that Hiram Lodge was an angel investor for the Sisters and was maybe even funneling in fizzle rock (which he got from his prison in Athens) to experiment on the patients there.

Not only that, but she discovered that Sister Woodhouse was in charge of taking misbehaving girls to visit the Gargoyle King – which is a huge game changer for Riverdale and the mystery of the season. Does the Gargoyle King really hang out at the Sisters of Quiet Mercy, or do the drugs they’re forced to take induce visions of him? If so, why does Hiram want them to see that particular vision? And how have others outside seen him as well? There are plenty of questions and much more for Betty to investigate, but who knows if she’ll be able to after ending the episode drugged up herself and chanting a prayer to her lord and savior the Gargoyle King.

For more of That Hashtag Show’s thoughts on this week’s episode of Riverdale, as well as previous ones, check out our Gingerdale aftershow!

Strange endings and interview slip-ups by the cast seem to … 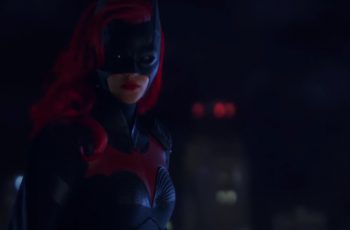 Everyone saw it coming, but now it is finally official: …