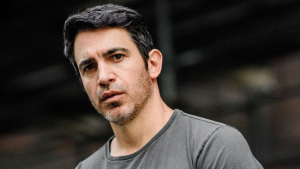 Chris Messina will play Victor Zsasz in the upcoming Birds Of Prey film and if any part of that statement was in any way confusing, don’t worry, I got you.

Birds Of Prey (And The Fantabulous Emancipation Of One Harley Quinn) is the upcoming 2020 adaptation of DC’s female superhero team. The film’s official synopsis reveals that Harley Quinn has split up with The Joker and is on a rescue mission to save the life of a little girl with three other superheroes: Black Canary, Huntress, and Renee Montoya. 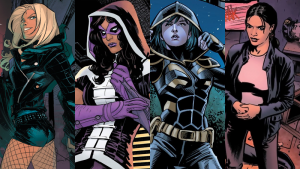 Many new additions to the cast were announced earlier this week but the characters they are playing have been largely kept a secret. Steven Williams, Derek Wilson, Dana Lee, Francois Chau and Matthew Willig are all officially a part of the film but only Chris Messina’s role was confirmed.

Chris Messina is probably best known for playing Danny Castellano on The Mindy Project but his consistent career almost guarantees that you probably recognize him from his numerous other credits that include Law & Order, Six Feet Under, Julie & Julia, Argo, Damages, The Newsroom, and HBO’s Sharp Objects. 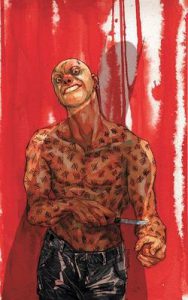 However, you could be forgiven for not recognizing the name Victor Zsasz. Victor is a Batman villain, but one without the widespread name recognition of many of the other members of the rogues gallery. Victor is a serial killer who likes to carve a tally mark into his skin for every victim he murders. The character has been featured in the Batman: Arkham video game franchise, the television series Gotham and had a small part in Christopher Nolan’s Batman Begins.

Messina’s Victor Zsasz will be joining forces with Ewan McGregor’s Black Mask, another Batman villain. Before he was Black Mask, Roman Sionis was born to a wealthy Gotham City family but their cruelty transformed him into a crime lord who’s a bit obsessed with masks and favors psychological and physical torture.

Birds Of Prey (And The Fantabulous Emancipation Of One Harley Quinn) is scheduled for release on February 7, 2020.