Wait, was this the season finale episode of DC Universe’s Titans series?!

Can someone confirm this?

Other than the fact that Batman was in this episode, It felt like this was just another mid-season episode. I’m not sure the twist(?) at the end can even be classified as a cliffhanger as we essentially ended with the same questions we started with… except a few more. Even Lost had resolved more threads and furthered it’s plot with less side stepping than Titans.

Titans was the big grab for the DC Universe’s streaming service, which has been a decent and enjoyable enough show with a fairly solid take on the teen team. It has some problems, but on the whole has enjoyable. Until now

Let’s start with what we are told before the episode airs; Robin Vs Batman! A sure-fire, telltale sign a show is sliding downhill and ain’t coming back up soon. that is when it promises something in a trailer and then never delivers. I’m not talking about alternate realities, imaginary tales, twists, or retcons… Those re bad, but not as bad a flat out lie.

It’s a huge set up to get viewers excited and then the payoff is anything but exciting… or what was advertised. He confronts him in the remaining seconds of the show, but by that point Batman has already been defeated by his oldest nemesis: bombs.

If you’re still interested in this episode, read on. If not, get out while you still can

This episode takes place in a quasi-dream sequence/inside Robin’s head/alternate reality. This isn’t much of a shock as at the end of the last episode Dick ran into a warp of some sort, so I don’t mind this kind of thing

Robin wakes up in his ideal life; he is married to Dove with one son and another child on the way. Their life in LA is perfect, along with Raven and Gar dating at college. But then Jason Todd shows up in a wheelchair and says Batman has gone off the rails and might kill joker… after some debate, Dick goes to a even shittier version of Gotham to face down the Dark Knight.

Gotham PD is led by the Trigon in human form which serves no purpose at all. After meeting Cory, who now works for the FBI and talks to Batman by yelling at his clock and then later at his shadow (really), Dick to leads the swat team in an attack on Wayne Manor.

Here is the big final confrontation. Batman tosses out some Batarang bombs which kills a bunch of cops. Then he kills the rest with some sharp Batarangs. After that he kills Cory with a Mr.Freeze’s cold gun. That’s the last straw, an enraged Robin finally decides he needs to fight the batman; one on bomb. So he blows up Wayne manor and the Batcave.

That’s it. He blows up the place and that’s how he beats Batman. He doesn’t throw a punch, out smart him, or face him in any way. He blows him up.

Arguable, this is probably the only way to beat him, but it makes for some bad TV.

Dick finds Bats under some concrete, gives a speech about how Bruce finally won by turning Dick into him. Which makes no sense, then he crushes Batman’s chest with his foot. Robin’s eyes turn evil and we reveal it was all in his head and he’s controlled by Trigon now.

This is the problem with DC films and Titans in general- They have good enough ideas, but the follow through always leaves you feeling they could have done better. Something was missing or should have been easily fixed in a second draft, but the final product is a half-assed and empty.

Then, just when I thought, “Oh, I’m out. I’ll never watch this again.” Superboy shows up in the after credits sequence and now I can’t wait for season two. 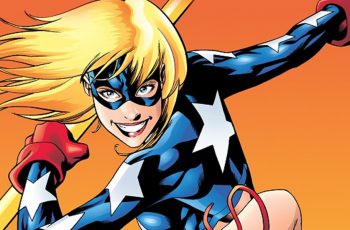 Geoff Johns, a legend at DC Comics, is bringing a …