Jon Favreau has made a habit of sharing random, cryptic photos from the set of The Mandalorian. First we got a glimpse of Boba Fett’s Holiday Special rifle. With that there was the suggestion of Willrow Hood’s ice cream maker returning. Then he teased a picture of what may be Empire Strikes Back bounty hunter IG-88…. Or may not. So what has Favreau shared recently? Only an Instagram pic of the most important Star Wars character ever: R5-D4.

That’s right, you heard me. I said it. R5-D4 is the most important Star Wars character ever. And if Jon Favreau has indeed posted a pic of the droid, it seems it may be making an appearance in The Mandalorian. You can see Favreau’s Instagram post here:

R5-D4: The Most Important Star Wars Character Ever

Okay, granted, we’ve previously argued that maybe Chewbacca, certainly R2-D2, could be the most important Star Wars character ever. But when it all boils down, R5-D4 is the character that propelled R2 on to complete his mission to deliver the Death Star plans to Obi-Wan Kenobi. The rest, as they say, is history. How did he do it?

You only need to watch the prequel films or The Clone Wars animated series to know that those astromech droids are all tight with each other. As R2 and R5 were confined together in the Jawas’ Sand Crawler, they got to chatting. R2 told R5 of his mission, and together they plotted a way to get free of their restraining bolts and complete the mission. Here’s where R5-D4 becomes the most important Star Wars character ever.

R5-D4: Savior of the Galaxy

R2-D2 was, of course, reunited with C-3PO, and things were looking up. When they arrived at the Skywalker farm, the Force and fate intervened as Owen Lars chose to purchase R5 instead of R2. Thinking quickly, R5-D4 blew his own motivator to ensure that R2-D2 and C-3PO could continue their mission, deliver the Death Star plans, and save the galaxy.

Without R5-D4’s quick thinking, R2 never meets Luke Skywalker and, well… you know the rest.  Kudos to Favreau for giving the droid due props and bringing him back for The Mandalorian.

The Mandalorian will debut on Disney’s streaming service Disney+ later this year. 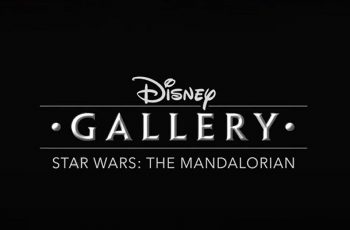 Have you ever heard of the “Miracle on Ice?” Those … 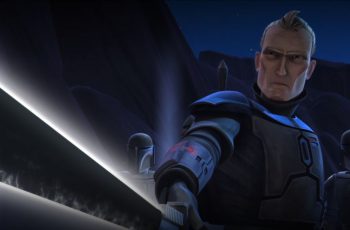 The first time we met The Darksaber was in Star …