If you’re a Star Wars fan like I am, you don’t limit your fandom to only that which appears on the silver screen. Frankly, you shouldn’t. Otherwise you’re missing out on a lot of great content. With Disney opening its Galaxy’s Edge theme park additions later this year, you’ll be able to immerse yourselves in Star Wars like never before. If you want to get up to speed on Batuu and Galaxy’s Edge before you go, however, you’re going to have a lot of reading to do. Even more Star Wars books centered on Batuu and Black Spire are coming your way.

Previously we told you about the Galaxy’s Edge comic miniseries that will focus on the Black Spire trading outpost. StarWars.com now informs us, officially, that the series will launch with Issue #1 available April 24, 2019. In the same announcement we learn about other, new Star Wars books set on Batuu, as well.

Timothy Zahn first introduced us to the Outer Rim planet of Batuu in Thrawn: Alliances. It was at Black Spire, a black market trading post, where Anakin Skywalker meets a then-Chiss operative in Thrawn. Black Spire, and Batuu in general, serve as the backdrop for the Galaxy’s Edge theme parks. As a lead up to the parks’ openings, the publishers are pushing out several Star Wars books to familiarize fans with the setting.

The first of the Star Wars books to hit the shelves is A Crash of Fate (Disney Lucasfilm Press), by Zoraida Córdova. The young adult novel will focus on two friends from Batuu, once separated, now together again and on the run “from vengeful smugglers and an angry pirate.” That arrives August 6.

Also releasing that same day is the illustrated, middle grade novel Star Wars: Myths & Fables, also from Disney Lucasfilm Press. Of the new Star Wars books, this intrigues me the most. It will feature two stories from Batuu and other “untold tales from the edge of the galaxy.” Those stories include one called “The Knight & the Dragon”, about a tribe of Sand People on Tatooine. (You can read an excerpt at the StarWars.com link posted above and below.)

Likely to be the most comprehensive of the new Star Wars books is Black Spire, written by Phasma author Delilah S. Dawson. The new tale from publishing house Del Rey has General Leia Organa dispatching “her top spy to Batuu in a desperate search for Resistance allies”. (Is this where she finds Lando and/or his daughter?) Phasma was decent read; it will be interesting to see what Dawson can do with this material. Black Spire will be available September 3.

So get your reading glasses out, fans. There’s going to be a plethora of new Star Wars books to enjoy this fall. 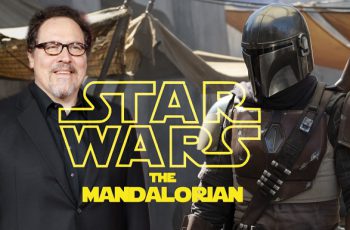 Put it this way: if Disney CEO Robert Iger was … 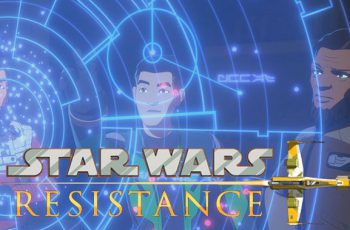 Star Wars Resistance has really been hit or miss so …