The series sees DC’s mightiest heroes (especially batman, of course) face off against a techno-organic-rage-virus that turns the masses into zombies.  Although not confirmed yet, these seem like the fast “infected” Zombies similar to 28 Days Later, not the “undead” Walking Dead type zombies.

Tom Taylor has been teasing this 6 issue series, dropping on May 1st, since mid Feb with some great stills and images such as “Darkseid Was” and a cover that recalls Stephen King’s IT, with a Joker/Robin twist.

It doesn’t seem likely that this min-series is in continuity, but DC hasn’t confirmed if this stands on it’s own or relates to the larger DCU. Regardless, Tom Tayler has proved himself, taking an Injustice, an offshoot throw away tie in comic to the video game of the same name, and turning into a must read for DC fans.

The art team behind this new series is top notch with Trevor Hairsine, Stefan Gaudiano, James Harren and Rain Beredo. And with the hints of gore and horror like a line from the comic Tom tweeted, “…it was a sound no one had ever heard before. It was the sound of a Superman breaking the jaw of a God.” This comic is gonna need everything Dc has got to stand up to comparisons to Marvel’s revered Marvel Zombies series- a comparison that can’t be avoided.

But early praise has been good and with Tom’s being fueled by inspiration such as, “I couldn’t stop thinking of new and terrible ways to torture my favorite heroes in ways that made Injustice look tame by comparison.” This series promises to deliver some horrific delights… if that’s your kind of thing. 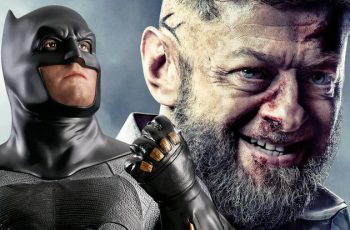 Reports have been swirling about Matt Reeves next project – …