[As if the headline didn’t warn you, this article contains possible spoilers for Avengers: Endgame.] If you are a fan of the MCU, you already know which Avengers actor to watch for spoilers.  The two biggest offenders are Mark Ruffalo and Tom Holland.  Both are so notorious at leaking secrets that Marvel Studios has famously not given either of them full scripts and have lied to them about movie details. It is so bad that Don Cheadle refuses to even do press junkets with his two costars.

Let’s review Holland’s history of giving away Marvel’s. He infamously revealed there would be two Spider-Man: Homecoming sequels long before the studio had announced it.  He also shared the title of the upcoming film Spider-Man: Far From Home, by showing a photo of the logo on his Instagram.  The Spider-Man actor didn’t stop there though. Speaking to a movie theater full of fans waiting to see Infinity War, he spoiled the ending by telling them, “I’m alive,” before anyone knew he was going to be snapped out of existence in the film.

But what did Mark Ruffalo say… this time?

The Hulk actor is even worse at accidentally leaking spoilers. For example, there was the time when he accidentally livestreamed the first half hour of Thor: Ragnarok.  Or the time when Ruffalo said that everyone died in Avengers: Infinity War and it was true! So, now that all the Avengers actors are out on their press tours for Avengers: Endgame, it should be no surprise that Ruffalo appears to have done it once again.

In a recent E! News interview, Mark Ruffao, Chris Evans and Karen Gillan sat down to discuss the movie. When asked directly if they would fight Thanos again, the actors noted that they weren’t even positive because they were given partial scripts and even shot multiple endings. It’s at this point that Ruffalo reveals the possible plot point that Captain America gets married in the film.

“I didn’t even get a whole script of this movie,” Ruffalo began. “I don’t know why. The script I did get had dummy scenes in it. He [pointing to Evans] gets married in this!”

Listening to the conversation, it appears that Ruffalo is suggesting that Captain America gets married in a fake scene. Let’s break this down.  If Ruffalo, is filming real and fake scenes and only has partial scripts, plus the Russo brothers go to great lengths to hide things from him, then I feel it is safe to say this could be a real scene. Taking in to account fan theories suggesting that the Avengers travel back in time, this possible spoiler could have some weight.

It could be possible that Captain America will goes back in time and chooses to stay in the past with Peggy Carter, fulfilling his promise to take her dancing. Maybe this is the sacrifice Steve Rogers make to alter the timeline and help fix the future.  However, we must take in to account that Ruffalo might have simply revealed a fake scene because Marvel knew this would happen.

We won’t know for sure until April 26 when Avengers: Endgame hit the theaters. 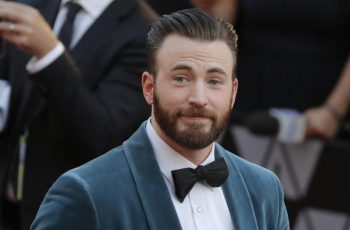 Thanks to The Hollywood Reporter, the interwebs were alit with … 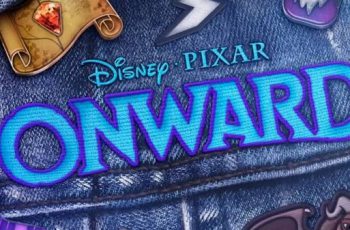 Let’s get right to it: Disney and Pixar’s ‘Onward’ is …