In case you missed it amongst yesterday’s flurry of “Avengers” news, in celebration of Alien Day, Fan-Owned Legion M and Screen Media announced Friday that they have acquired the North American rights to Memory: The Origins of Alien. Alexandre O. Philippe’s fascinating feature film documentary premiered to rave reviews in the Midnight Section at the 2019 Sundance Film Festival. The companies are planning to bring Memory: The Origins of Alien to theaters this summer in-step with the 40th anniversary of Alien.

What makes the acquisition particularly unique is that it was driven by Legion M’s community of film fans in Park City and across the world who signed on during Sundance as Legion M Film Scouts through the company’s innovative SCOUT platform. Legion M leveraged the wisdom of its community of more than 75,000 members who directly influenced the company’s decision to bring Memory: The Origins of Alien into its portfolio of projects.

Memory: The Origins of Alien will be a must-see event for fans of the epic sci-fi classic, taking viewers on an exploration of the mythical underpinnings of Alien, supported by exclusive behind-the-scenes footage. The film also dedicates focus on the film’s iconic “Chestbuster” scene.

MEMORY: THE ORIGINS OF ALIEN

–       Release Timed to 40th Anniversary of the Famed Original Film

New York, NY – April 26, 2019– Screen Media and Legion M announced today the acquisition of all North American rights to Alexandre O. Philippe’s documentary feature film Memory: The Origins of Alien. The film premiered to rave reviews in the Midnight Section at the 2019 Sundance Film Festival and screened at the Hong Kong International Film Festival, CPH: DOX, Hot Docs and many others.  Screen Media and Legion M plan to release the film in theaters this summer, timed to celebrate the 40th anniversary of the theatrical release of Alien.  The deal comes on the heels of Screen Media’s recent acquisition of Corporate Animals, which also premiered in the Midnight Section of the 2019 Sundance Film Festival.  Paris-based Indie Sales is handling sales for the rest of the world.

Memory:  The Origins of Alien unearths the largely untold origin story behind Ridley Scott’s cinematic masterpiece, and reveals a treasure trove of never-before-seen materials from the archives of Alien creators Dan O’Bannon and H.R. Giger – including original story notes, rejected designs and storyboards, exclusive behind-the-scenes footage, and O’Bannon’s original 29 page script from 1971, titled Memory. The documentary also takes fans on an exploration of the mythical underpinnings of Alien and dedicates focus on the film’s iconic “Chestburster” scene.

Leveraging the “wisdom of the crowd,” Memory: The Origins of Alien was one of the highest rated Sundance films on Legion M’s innovative SCOUT platform, where fans in Park City and around the world had the opportunity to become film scouts by rating and evaluating information on nearly 120 films premiering at the festival. The Legion M Scout community provided data that directly influenced the companies’ decision to acquire the documentary.

The film is an Exhibit A Pictures production, produced by Kerry Deignan Roy; and co-produced by Annick Mahnert of Screen Division, Chad Herschberger of Milkhaus, and Robert Muratore of Exhibit A Pictures. Diane O’Bannon, Carmen Giger and Leslie Barany served as executive producers.

Memory: The Origins of Alien marks the fifth feature doc from Philippe, Roy and Muratore’s Exhibit A Pictures, including 78/52, a film about Hitchcock’s Psycho shower scene, Doc of the Dead, The Life and Times of Paul the Psychic Octopus and The People Vs. George Lucas. They are currently working on a film about The Exorcist with William Friedkin.

“With Screen Media’s distribution savvy, and Legion M’s profound understanding of, and access to the fans, our film couldn’t be in better hands,” says director Alexandre O. Philippe. “I’m confident that Memory, our fitting follow-up to 78/52, will resonate well beyond Alien fandom, as a deeper, darker, richer contemplation on the magic and mystery of cinema.”

“Our team is thrilled about this partnership,” said producer Kerry Deignan Roy. “Screen Media and Legion M have sensational plans we can’t wait to see come to life!”

“Alien – specifically the demise of John Hurt’s chest – is seminal moment in cinema – one where you remember exactly where you were when you first saw it,” said Seth Needle, SVP of Worldwide Acquisitions at Screen Media. “Alexandre and Kerry have done an incredible job creating the buzz from that film with Memory: The Origins of Alien, and we know hardcore fans of the series and mainstream audiences alike will love watching this.”

“While most acquisition decisions are made by a small group of executives, Legion M called on the power of our community to help us decide which Sundance film was worth acquiring,” said Paul Scanlan, Co-Founder and CEO of Legion M. “Through first-time use of our proprietary SCOUT platform, we discovered that our Film Scouts were as overwhelmingly supportive of Memory: The Origins of Alien as our executive team, making it an incredibly easy decision to get behind this amazing documentary.”

Seth Needle, SVP, Worldwide Acquisitions at Screen Media and Paul Scanlan, Co-Founder and CEO, and Terri Lubaroff, COO and Head of Content, at Legion M negotiated the deal with Raphael Aknin, VP of Legal, and Nicolas Eschbach, CEO, at Indie Sales on behalf of the filmmakers.

Alexandre O. Philippe continues to be managed by George Heller at Brillstein Entertainment. Philippe and Exhibit A Pictures are represented by Matthew Baskharoon and Nir Caspi at WME.

Screen Media Ventures, LLC, a Chicken Soup for the Soul Entertainment, Inc. (Nasdaq: CSSE) company, acquires the rights to high quality, independent television series and feature films for the US and Canada. With a library of over 1,500 television series and motion pictures, Screen Media Ventures is one of the largest independent suppliers of high-quality tv series and motion pictures to U.S. and international broadcast markets, cable networks, home video outlets new media venues. For more information, visit: www.screenmedia.net

Legion M is the world’s first fan-owned entertainment company that is revolutionizing the way entertainment is made in Hollywood by uniting a growing fan community of 75,000+ members, including more than 15,000 fan-owners. Through its Fan-Owned business model, Legion M invests in a diverse slate of original projects in various stages of development, including the feature film and comic book Girl With No Name;multiple original television series including , Airship Cowboys, and Malice; as well as interactive and VR-based projects, including ICONS: Face to Face starring Stan Lee and Kevin Smith. Legion M also invests in partner productions, including the upcoming Kevin Smith feature film Jay and Silent Bob Reboot, as well as the critically acclaimed Colossal, starring Anne Hathaway and Jason Sudeikis, and directed by Nacho Vigalondo, the cult hit Mandy starring Nicolas Cage and directed by Panos Cosmatos, and Bad Samaritanstarring David Tennant and directed and produced by Dean Devlin.  Legion M and its fan community produced high-profile events honoring some of the industry’s biggest names, including the Stan Lee hand and footprint ceremony at Hollywood’s TCL Chinese Theatre in 2017.  To learn more about Legion M and become a member of the Legion for free, visit www.legionm.com. 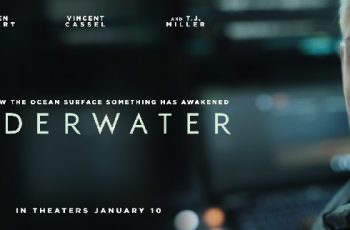 Now before I get into discussion about 20th Century Fox’s … 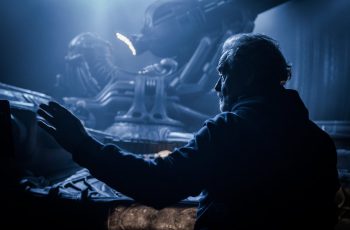 Even after starting the franchise with Alien and making two …