[WARNING: Article contains spoilers for the novel Master and Apprentice and possibly Star Wars: The Rise of Skywalker.] One of the biggest reveals to come out of yesterday’s Star Wars news was the notion that Star Wars: Episode IX will not just be the end of the Skywalker saga. It could very well be the end of the ultimate battle between good and evil, the light and the dark, the Jedi and the Sith. The film will be steeped in Star Wars history, and Jedi prophecy. If you’ve read Claudia Gray’s novel Master and Apprentice, you may have gotten a HUGE hint at how those prophecies will unfold.

Master and Apprentice tells the story of the initially tumultuous relationship between Jedi Master Qui-Gon Jinn and his padawan, Obi-Wan Kenobi.  Qui-Gon, as we know, was once apprentice to none other than Dooku. Like his former master, Qui-Gon was borderline obsessed with the ancient Jedi prophecies. That led him to believe that Anakin Skywalker was The Chosen One. There is another Jedi prophecy mentioned in the book, however, that will very likely have a direct bearing on The Rise of Skywalker.

Jedi Prophecy Foreshadows a Sith’s Return in The Rise of Skywalker, but whose?

As Qui-Gon recounts Dooku’s fascination with ancient, Jedi prophecy, he remembers one in particular. Did you ever hear of the tragedy of Darth Plagueis The Wise? As then Chancellor Palpatine told Anakin in Revenge of the Sith, Plagueis “taught his apprentice everything he knew, and then one night, his apprentice killed him in his sleep. It’s ironic that he could save others from death, but not himself.” Well, in Master and Apprentice, we may have just gotten a clue of colossal import into the relationship between Plagueis, Sidious, and even Darth Vader. The Jedi prophecy reads:

“He who learns to conquer death will through his greatest student live again.”

Now, we know Emperor Palpatine is confirmed to have a role in The Rise of Skywalker. The revelation of this Jedi prophecy puts Palpatine’s return in a whole new light. Based on those thirteen words, there are two, possible implications for Episode IX. The first is that it’s not Palpatine returning in some fashion, but rather Darth Plagueis himself. Episode IX rumors have Palpatine’s Force essence inhabiting the body of another. What if it was never really Palpatine to begin with? What if this Jedi prophecy referred to Plagueis all along, and it was he who lived on through Palpatine?

The second possibility is that Darth Sidious did learn how to cheat death, and it is through Vader that Sidious has lived on. We know the spirit of a Sith lord can inhabit an artifact (see Marvel’s Darth Vader, Issue #22.) What if Kylo Ren never spoke to Vader’s spirit at all? Based on the Jedi prophecy, it could have been Sidious using Vader (via his mask) as a conduit to communicate with Kylo Ren directly.

Star Wars: The Rise of Skywalker will likely be the Star Wars equivalent of the MCU’s Avengers: Endgame. It will be the culmination of all the prior years’ storytelling. If things are to come full circle, then we may very well see this Jedi prophecy, and others, come to fruition. How remains the mystery.

Star Wars: The Rise of Skywalker opens in theaters this December. 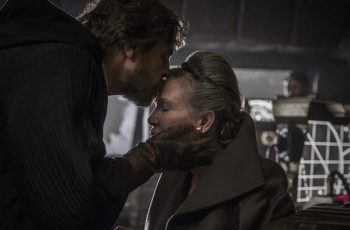 For many of us, Star Wars has been a significant … 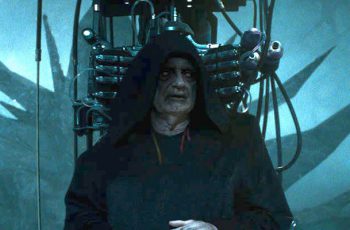 “Who are Rey’s parents?” That was the driving question following …