I love Young Justice 7. If you do not like the Earth you are on, all you have to do is grab the remote and change Earths the way you change channels. No biggie right? Maybe, until you forget (or never knew) what channel your home Earth was to begin with.

There are two covers for this issue. Cover A is a nice cover showing the types of trouble our heroes are in. They are lost in the multiverse and while every planet may be Earth, its not home and each has all sorts of quirks.

Cover B is drawn in a style i really do not like, but once you get into Young Justice 7 and see what is happening, it totally fits. The drawing style completely fit the issue and When isn’t Bart just zooming around the issue for no reason?

When I first opened Young Justice 7, I was not thrilled by the artwork of the first few pages. That just is not a style I am fond of, but then I hit page three and realized what the artistic team was doing. As the team hops from Earth to Earth, attempting to return home, the art style changes with it.

The first Earth is very cartoony and drawn like the Teen Titans Go! crew got a hold of it. The second Earth looks better, but is still very animated in styling. Well, duh! They are basically on a planet where the super heroes are Bugs Bunny and Crew. After that it goes back to its tried and true look.

In Young Justice 7 The Laughs Just Keep On Coming

One thing I truly appreciate with the Young Justice series as a whole and especially in Young Justice 7 is the humor. The whole series maintains a fast, light-hearted writing style and it really shines in this issue. On the first Earth Cyborg hurries up and zaps the team off the planet, but then Batman chides him for not sending them ‘home’. On top of that Bart was screaming he was gonna ‘eat them all up’, referring to the toony Justice League.

The following Earth Bart is still spazzing out over the differences, but this time you have Jinny and Teen Lantern screaming at the animal heroes like they saw a spider. The key to sending them through the multiverse on this planet is an over-sized mallet Harley would be proud of, but instead of smashing our young heroes it simply shoots a beam at them.

Finally on the third Earth, after a tense stand off with a less than noble Justice League where Superman killed Shazam and fights with the offspring of Batman, Dr Fate sends the kids home. Just one problem…he forgot to carry the two. Don’t you hate it when you forget to carry the two?

There are also some subtle jabs that were funny. Bart (who else) takes a jab at Captain Carrot by asking if he has the Infinity gauntlet, and near the end the rule of reset is 52 weeks, taking a jab at the DC New 52 reset.

Where did Fate Send Them?

Dr Fate swears he sent them to an Earth close to their own, and it should have similar properties, making it easy for them to return home; However, if you take a peak at the Young Justice 8 title, it’s labeled “The Worst Earth. The Absolute Worst One. (It’s not even Close)”.

Okay so things may not exactly be looking up next issue, but it should be full of fun and laughs. Unlike Naomi, I am glad Young Justice is not stopping after the first six issues.

So, with the recent surge of video game movies- Pixels, … 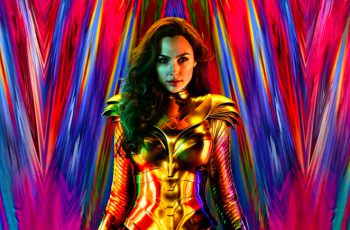 In an article from Entertainment Weekly writer/director Patty Jenkins, and …